CHARLOTTETOWN, PEI — Range anxiety might soon be a thing of the past in PEI after the federal government announced funding for new electric vehicle chargers.

The federal government recently announced a $2-million incentive to install 250 new electric vehicle (EV) chargers across the province to encourage more people to buy an electric car and move away from carbon emissions.

“Investing in more EV chargers will put more Canadians in the driver’s seat on the road to a net-zero future and help achieve our climate goals,” he said. 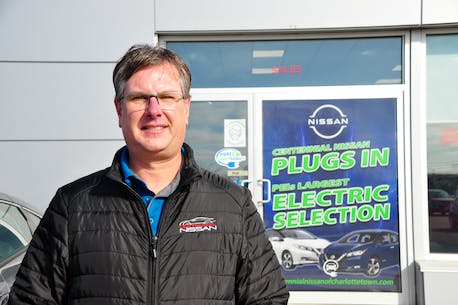 Since 2015, the federal government has invested over $1 billion into EV chargers where needed.

They have committed to net-zero carbon emissions across the entire country by 2050. The investment is designed to help PEI residents get closer to this goal.

Many Islanders have started buying electric cars in the last year as a result of soaring gas prices, including Sam Ferguson from Charlottetown who bought a Tesla back in March.

Ferguson full time at Domino’s Pizza in the winter as a delivery driver and was spending $900 per month in diesel.

“At that point I decided to just make a $700 car payment (per month) instead,” he said.

• As of May 2022, EV drivers in Canada have access to more than 16,000 chargers stations at over 6,000 public charging, according to data from Natural Resources Canada.

• Last year, 86,000 battery-electric and plug-in hybrids were sold, accounting for 5.2 per cent of new registrations. That compares with 54,000 in 2020, making up 3.5 per cent of total vehicle registrations. Five years ago, electric vehicles made up fewer than one in 100 new cars sold.

He was able to find a Tesla with relative ease, but the market is becoming more competitive, Ferguson added.

“I still look at the websites just for fun and I’ve noticed their inventory is a lot less now and the prices are going up. The demand is there.”

Stephan Martin from Stanhope started looking to electric cars in 2021. Initially, it was due to environmental concerns.

Although he has seen an increase in chargers in Charlottetown, the real need is for more chargers in rural communities, said Martin.

“There is only one charger in Souris, at East Point there is nothing. There is one at North Cape but none in O’Leary.”

The problem is most EV stations only include one charging port. With the increased demand for electric vehicles, Martin said he hopes to see that change with the new incentive program.

“When (was) the last time you saw someone build a gas station with only one pump,” said Martin.

Also, the new chargers will help the tourism industry, as more and more visitors come to PEI in electric vehicles every year.

The biggest benefit is the price – electricity prices are set in PEI and only increase annually.

“You can really plan out how much you want to spend,” Martin said.

The federal government said it plans to meet the 2019 commitment supporting the procurement of more than 5,000 zero-emissions buses, including nearly 4,000 school buses in BC, Quebec and PEI and over 1,200 public transit buses in 10 cities across the country. The buses will be over the next five years.

These investments will help both the environment and provincial economy, said Veterans Affairs Minister Lawrence MacAulay in a press release.

“Islanders and tourists alike want to know they can charge up to enjoy PEI to the fullest. Adding these 250 charging stations will go a long way to improving electric driving on the Island,” he said.

Rafe Wright is a local journalism initiative reporter, a position funded by the federal government.