Management at Newmarch House lacked care and empathy in its response to a deadly COVID-19 outbreak in early 2020, an inquest has been told.

Lloyd Sullivan appeared by video link in Lidcombe Coroners Court on Wednesday to detail what happened to his wife and Newmarch resident Margaret Sullivan who died aged 71 on May 11, 2020 after contracting COVID-19.

When asked what he thought about the Anglicare-run home’s response to the outbreak, Mr Sullivan said the organization couldn’t get its act together if its life depended upon it.

Sydney’s Newmarch House was the scene of a major Covid-19 outbreak in early 2020, with 37 residents catching the virus and 19 related deaths

‘The management seemed to be lacking – lacking care and empathy, and good business practice. The communication between March 23rd and the day she died was appallingly bad, appallingly bad,’ he said.

Newmarch entered lockdown on March 23 as the outbreak spread. By April and May, 37 residents contracted the virus with 19 dying afterwards.

A total of 34 staff members also tested positive, with 87 per cent of the workforce being either sick or in self-isolation.

Mr Sullivan, who at times sobbed when remembering his wife, said he realised that carers would be run off their feet during the lockdown.

He requested that he stay in the home to look after his wife who suffered from dementia and needed someone to feed her.

However, this was knocked back by the home’s manager Melinda Burns.

Barring relatives from accessing their loved ones had a dramatic effect on Mr Sullivan and the family members of other residents who he had got to know over time, the court heard.

‘I just cant describe how everybody felt. Because we all have our loved ones and they all are very special to us. To take something away like that is horrendous, absolutely horrendous,’ he said. 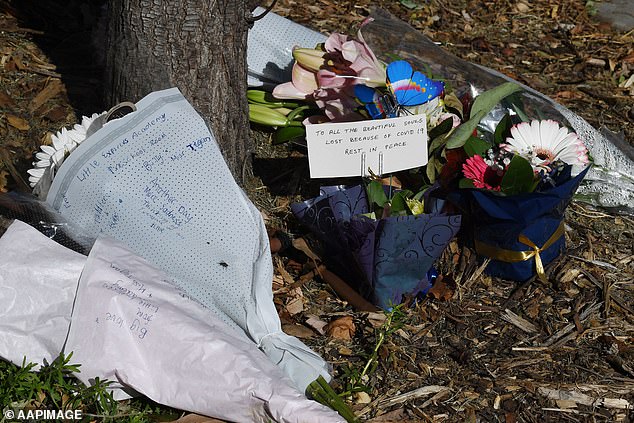 Other flaws were revealed such as maintenance workers walking around without PPE when relatives were required to don the full get-up.

Mr Sullivan also said he had received a call the day his wife died from a staff member who, unaware what had happened, said the family could have a window visit with her the following day.

‘Those kind of things just annoy you,’ he told the court. 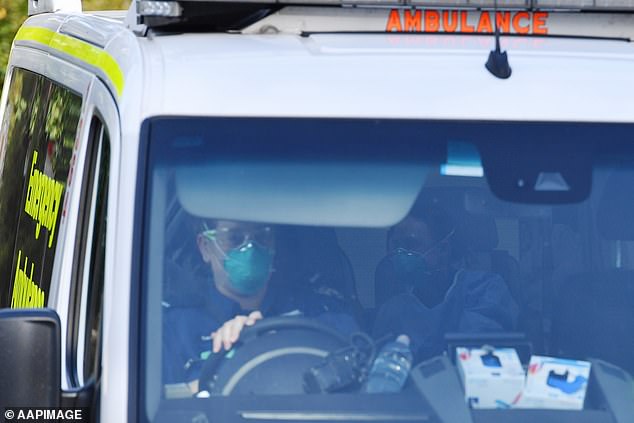 The lockdown had left Mrs Bacon lonely and depressed, deprived of the social life that mingling with residents and seeing her family had created, the court heard.

At one stage, Ms Bacon was forced to drink out of a bathroom tap with no one to open the bottles of water left for her.

‘She did ask a gentleman to open it for her and he said that he couldn’t, he wasn’t allowed to touch anything in the room, and for her to ring the bell. No one ever came,’ Ms Watson said.

No one would pick up the phone either which left Ms Watson with no choice but to constantly hit redial on her phone in a desperate bid to find out how her mother was during the lockdown.