CAVENDISH, PEI — A former amusement park near Cavendish known for the space shuttle on the lawn has been sold to the Maritime Fun Group.

Matthew Jelley, president of the group, told SaltWire Network on July 27 that one of his companies now owns the Great Island Science and Adventure Park in Bayview (formerly Captain Bart’s Adventure Park), and Black Magic Mini-Golf in Cavendish.

The purchase of the two businesses is part of Maritime Fun Group’s acquisition of Action Attraction Ltd., which was owned by Bart and Patricia Bourne. 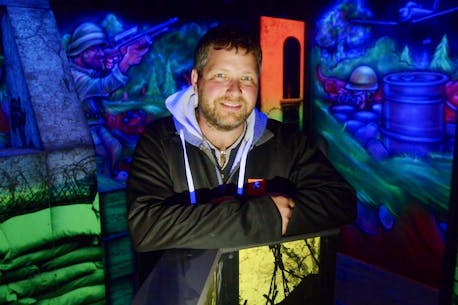 The entire 45 acres of the Great Island Science and Adventure Park closed in 2008 but a petting zoo known as Jurassic Bart’s did run on the property until 2018.

Jelley said in 2017, his group worked to subdivide the Black Magic Mini-Golf from the former King Tut Tomb attraction and the River of Adventure Mini-Golf, redeveloping the latter two into the Cavendish Beach Adventure Zone.

At the time, the Bournes decided to retain the Black Magic Mini-Golf but Jelley’s group remained interested.

“Over the past five years, we had a number of discussions and, over the last year, things really came together,” Jelley said. “At the same time, the challenge of keeping up the former Great Island Science and Adventure Park was certainly becoming a challenge for Mrs. Bourne so we just decided to make the transaction a little larger so we purchased the entire company.”

No plans for site

Jelley said the adventure park will not be repurposed into a new amusement park.

“At this time, we do not have any plans for that property other than decommissioning some of the older amusement park structures located on the property,” he said, noting that the area will be cleaned up. “Another thing I am mindful of in our industry is that we are committed to working very hard on the appearance of our properties.”

As for the Black Magic Mini-Golf, the lobby was renovated in the spring and some additions have been made elsewhere. Maritime Fun Group is also in the process of designing and adding an additional attraction to the location but Jelley wouldn’t offer further comment.

Corryn Clemence, chief executive officer of the Tourism Industry Association of PEI, said the sale is welcome news for the tourism industry.

“Given what we’ve experienced over the last few years it is great to see some reinvestment into tourism,” Clemence said July 27. “We often talk about the importance of clustering in this industry and decisions like this create a critical mass in the (Cavendish) area. It helps to generate traffic, keep people in the area and on the Island.”