Antonina Ricaurte’s job is not good for her health: the 51-year-old has already had two shoulder operations, and suffers from carpal tunnel syndrome and plantar fasciitis, or heel pain.

“My health is pretty much ruined,” said the native Ecuadorian, who has been cleaning hotel rooms on Mallorca for 20 years and is also the spokeswoman for the room attendants’ association,Las Kellys. Many of the 60,000 or so women on the Balearic Islands who do this backbreaking job in the high season feel the same as she does. Often, they suffer from physical ailments because of the repetitive movements, such as bending and lifting. This is now set to change.

Only height-adjustable beds in hotels

The Balearic government has now passed a new tourism law that is intended to make the entire industry more sustainable. The amendments concern, among other things, the issues of energy efficiency and CO2 reduction in the hotels sector.

But it’s not just in terms of environmental protection that Mallorca vacations are to become more sustainable; working conditions for employees in the tourism sector are also to be improved. Hoteliers, for example, will be required to purchase height-adjustable beds so that cleaning staff no longer bruise their backs when changing bed sheets.

“The Balearic Islands will be a fully sustainable destination,” Francina Armengol, regional president of the Balearic Islands, promised when she presented the plans at the Fitur tourism fair in Madrid in January. 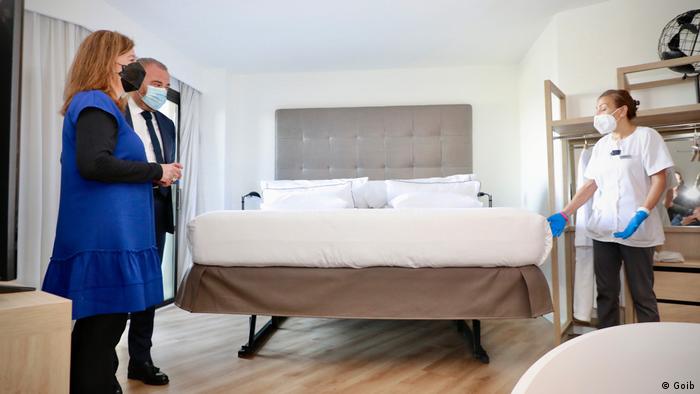 Following two years of the coronavirus pandemic and enormous losses of income due to a lack of tourists, the Balearic government is currently trying to be more competitive in repositioning the islands in relation to other Mediterranean destinations. Mallorca has long been aware that holidaymakers are increasingly looking for sustainable tourism when choosing destination.

“On an island like this, natural resources are limited,” admitted Maria Frontera, chairwoman of the hotel association. For this reason, she said, efforts have been made for years to drive the change toward greater sustainability.

Palma’s city center is currently demonstrating what this could look like. Here, the HM Hotels chain is building a new hotel that is being touted as particularly resource efficient and environmentally friendly. The hotel is to have its own photovoltaic system and will use shower water to flush toilets. Disposable products will be dispensed with, as will plastic packaging, according to company statements. In addition, there will be height-adjustable beds — as required by the future tourism law. 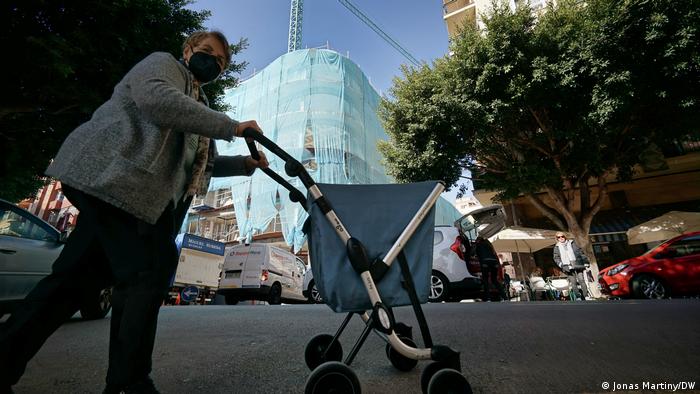 A new hotel, being built here in Palma, is to be especially resource efficient

“It’s all window dressing,” said Jaume Adrover. The farmer is spokesperson for the environmental protection organization Terraferida, which for years has been criticizing the excesses of mass tourism on Mallorca. “With 14 million tourists a year, we don’t need to talk about sustainability.”

The island is pushed to its natural limits summer after summer. There is no discernible improvement in water consumption, energy use or the amount of waste produced. Therefore, there is only one way to make tourism on Mallorca more sustainable and that is to reduce the number of beds in tourist facilities.

No more than three cruise ships a day

According to Terraferida, there are currently 410,500 beds in legal accommodation establishments on Mallorca. In the past six years alone, almost 94,000 have been added — all approved by the Balearic government. On top of that, said Adrover, there are tens of thousands of illegal lodgings, such as vacation apartments or rooms. 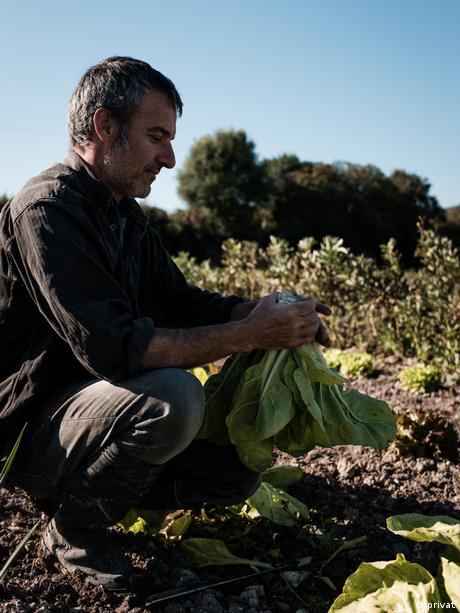 “We need a plan for how to reduce the number of tourists,” said Adrover. The new tourism law will certainly not be the big game changer he had hoped for. “It’s nothing but green marketing. I can’t see a decisive step toward sustainability anywhere,” he said.

However, the critics of unchecked mass tourism have at least managed to achieve a partial success. After the demands for a curb on the number of cruise ships recently became more and more vehement, the Balearic government has now persuaded the association of shipping companies to concede that in future only a maximum of three ships will be moored in Palma’s port at any one time.

Up to now, there were no restrictions at all. This way, the total number of ships stopping at the island will drop by 14.5% to 460 in 2022, according to the Balearic Ministry of Tourism.

As many as 35 rooms per shift

Antonina Ricaurte, meanwhile, does not believe that the situation of the hotel room attendants will fundamentally improve in the near future. “The height-adjustable beds are nice, but they don’t solve our real problem,” she said. Some of her colleagues have to clean as many as 35 rooms per shift. In the long run, that’s simply impossible without getting sick.

What would really help them would be independent controls and a limit on the workload. “The government’s plans are ignoring reality,” she said.

For Ricaurte herself, the new law comes too late anyway. She now wants to give up the backbreaking job at the hotel for good and has retrained as a paramedic. “I can’t possibly keep working as a room attendant until I retire,” she said — with or without height-adjustable beds.