MAISIE Smith has become a well known face on TV and Influencer since her rise to fame as a child on EastEnders.

But these days its the soap star’s love life that fans seem keen to know more about.

Maisie Smith shot to fame aged seven after securing the role of Tiffany Butcher on the BBC One soap.

The young beauty played Tiffany Butcher in EastEnders from 2008 to 2014.

Maisie rejoined the Albert Square crew full-time in 2018 after an absence of four years, before leaving again in 2022.

Despite being only 21-years-old (as of July 20220) she has manged to be linked to some famous men.

In August 2022 The Sun revealed how Maisie and The Wanted star Max George had been secretly dating after growing close on the Strictly tour.

The pair were seen kissing and “all over each other” on a plane to Crete – and had previously been on holiday together to Portugal. 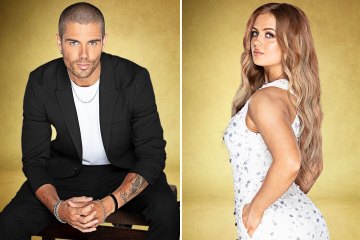 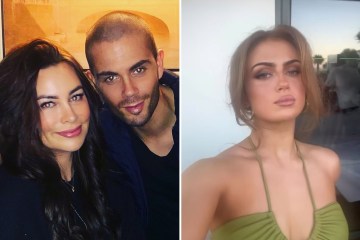 Maisie and Max have enjoyed a summer of love – traveling around Europe together.

The pair have so far been to THREE different countries as they enjoy their budding romance.

The new couple kicked things off with a trip to Portugal with pals, shortly followed by a break in Mallorca.

They managed to keep things underwraps for weeks – although the secret nearly got out.

They hit the bars in Albufeira with their mates but were then caught smooching.

A Brit tourist said: “They were holding hands and kissing. We then got chatting to them and they said they were dating but we must not tell anyone.”

They appeared on Strictly in 2020 but only grew close on the show’s live tours.

It comes after Max split for a second time from Ryan Giggs’ ex-wife Stacey in July 2022.

In September 2021, The Sun revealed how Maisie spent the night at her EastEnders co-star Zack Morris’s home after a date at the cinema.

The pair, who played married couple Tiffany Butcher and Keegan Baker on the BBC One soap, were seen entering his flat together, before they left separately the next morning.

At the time, The Sun revealed how the pair had been grown close on set, and Zack’s ex-girlfriend accused Maisie of being the other woman in their relationship.

When Maisie took part in Strictly back in 2020, she was linked to singer HYVY.

Quizzed about a possible relationship with the handsome pop star, real name Harvey Cantwell, told fans at the time: “Not right now. He is a beautiful looking guy.

“I don’t know what would happen in the future, but for now we are getting along really well as friends.”

HRVY also had a lot to say about Maisie, and described her as “beautiful” and “lovely”.