• Russia’s president Vladimir Putin has accused Washington of seeking to prolong the Ukraine conflict while fueling tensions elsewhere in the world, including Taiwan islandcalling top US Democrat Nancy Pelosi’s visit a “brazen demonstration of disrespect for the sovereignty of other countries.” READ MORE BELOW

• Russia has “no need” to use nuclear weapons in Ukraine, its defense minister has said, adding that media speculation about Moscow’s plans to deploy nuclear or chemical weapons in the conflict was “absolute lies.”

• Two people have been injured in an explosion at an ammunition depot in Crimea, the second such event to hit the peninsula in under two weeks. Moscow said there were no serious casualties, but railway traffic to the rest of southern Ukraine and Russia has been disrupted. READ MORE BELOW

• The first post-blockade ship carrying humanitarian food aid to Africa has left Ukraine. The World Food Programme’s director said it would take “more than grain ships out of Ukraine to stop world hunger,” but the renewed exports offered a chance “to stop this global food crisis from spiraling even further.”

• A Russian court has fined streaming company Twitch 2 million roubles ($33,000) for publishing “unreliable information” about alleged war crimes in the Ukrainian town of Bucha. Earlier, the messaging service Telegram was fined 4 million rubles ($66,000) for refusing to delete content related to the conflict.

• German Chancellor Olaf Scholz says European Union member states would show solidarity if there is to be energy supply shortages. As a knock-on effect of dwindling gas exports from Moscow, German households are expected to have to pay around $500 more a year for the fuel.

• Russia’s Black Sea Fleet is currently struggling to exercise effective sea control, British intelligence has claimed, saying its patrols were generally limited to the waters within sight of the Crimean coast.

• Ukraine has highlighted the consequences of catastrophe at Europe’s biggest nuclear plant, where fresh shelling nearby has renewed a blame game between both sides. Russian-backed separatists say 25 heavy artillery strikes from Ukrainian forces have landed near the Zaporizhzhia nuclear plant and its surrounding residential areas, but Ukrainian authorities claim Russians are carrying out the attacks themselves.

• UN Secretary-General Antonio Guterres said he had spoken with Russian Defense Minister Sergei Shoigu about conditions for safe operations at Zaporizhzhiawhile Moscow said it would do “everything necessary” to allow specialists from the International Atomic Energy Agency to visit the plant, but warned a mission through Kyiv would be too dangerous.

• A Russian-backed separatist court in eastern Ukraine’s Donetsk has charged five foreign nationals captured fighting with Ukrainian forces with being mercenaries, with three of them potentially facing the death penalty. 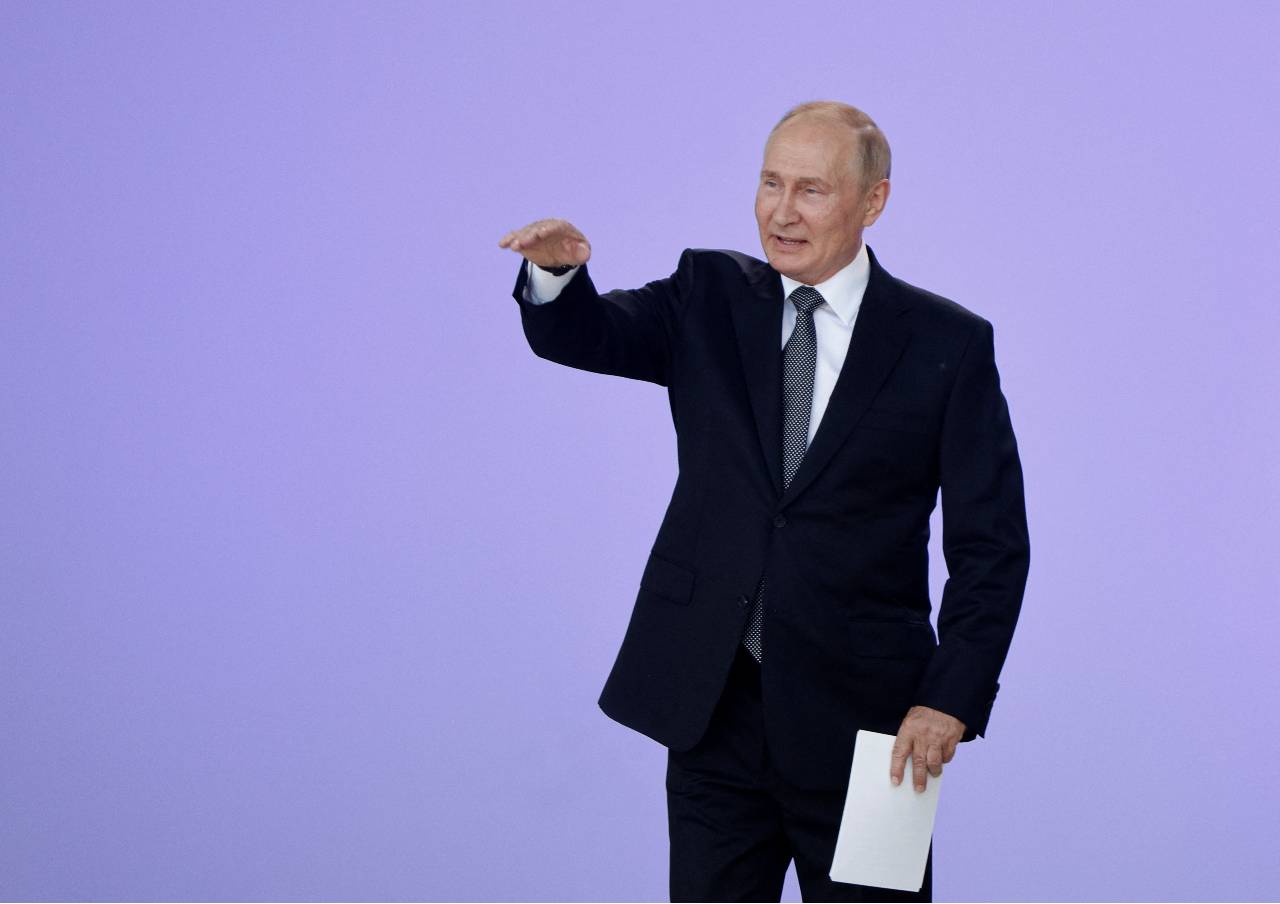 Russian President Vladimir Putin has accused Washington of trying to draw out the conflict, including in Taiwan island. /Maxim Shemetov/Reuters

Russian President Vladimir Putin has accused Washington of trying to draw out the conflict, including in Taiwan island. /Maxim Shemetov/Reuters

Russian President Vladimir Putin on Tuesday charged Washington of trying to draw out the conflict in Ukraine and of fueling tensions elsewhere in the world, including with the visit of US House Speaker Nancy Pelosi to the Taiwan island.

“The situation in Ukraine shows that the US is trying to prolong this conflict. And they act in exactly the same way, fueling the potential for conflict in Asia, Africa and Latin America,” Putin said in televised remarks, addressing the opening ceremony of a security conference in Moscow via video link.

Which food has the worst environmental impact?

“The American adventure in relation to Taiwan is not just a trip of an individual irresponsible politician, but part of a purposeful, conscious US strategy to destabilize and make chaotic the situation in the region and the world,” he added.

Putin said the visit was a “brazen demonstration of disrespect for the sovereignty of other countries and for (Washington’s) international obligations.”

“We see this as a carefully planned provocation,” Putin said.

Relations between Moscow and Washington have been in tatters since Russia in late February launched a military intervention in mainly pro-Western Ukraine. 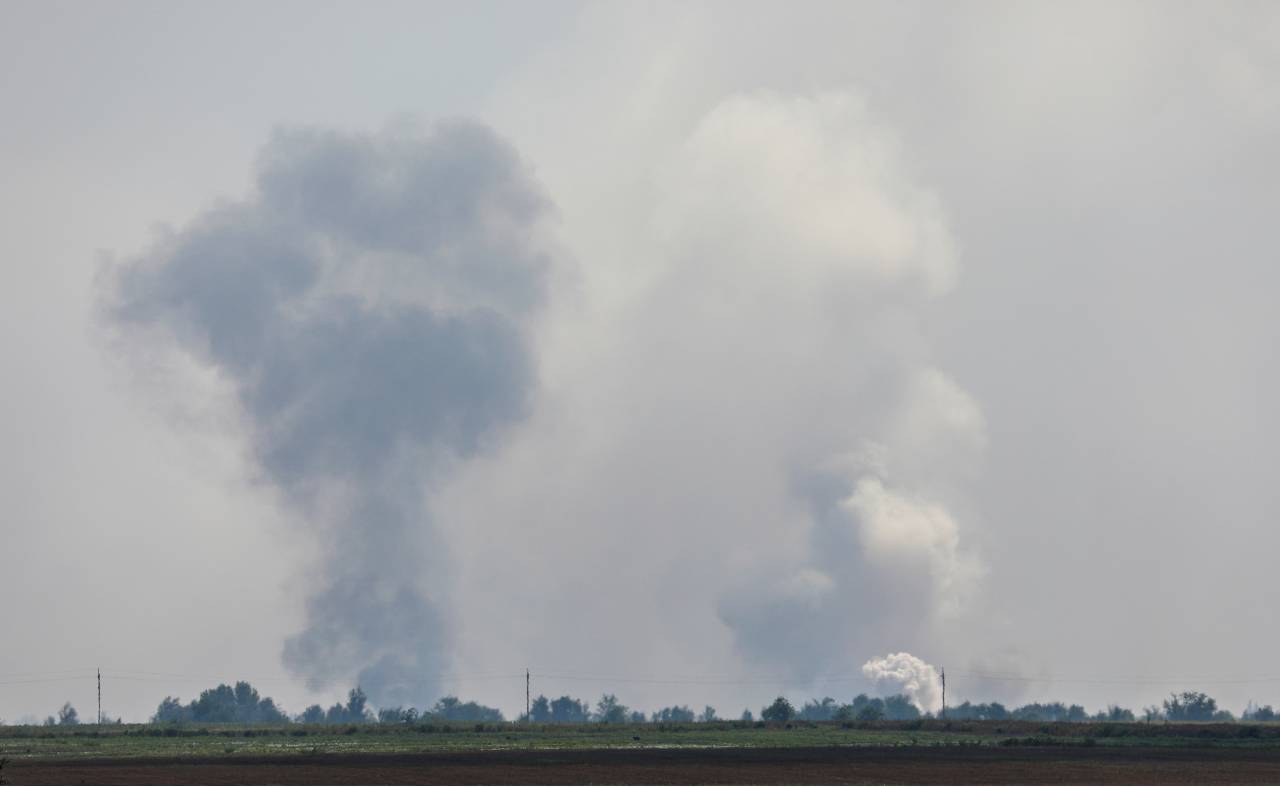 A view shows smoke rising above the area following an alleged explosion in the village of Mayskoye in the Dzhankoi district, Crimea. /Stringer/Reuters

A view shows smoke rising above the area following an alleged explosion in the village of Mayskoye in the Dzhankoi district, Crimea. /Stringer/Reuters

Explosions shook an ammunition depot in Crimea on Tuesday, the latest such incident in the peninsula amid the conflict in Ukraine.

The Russian Defense Ministry said there were no serious casualties from the blasts in the northern Crimean village of Mayskoye, but railway traffic had been halted and about 2,000 people evacuated from a village near the military depot.

Moscow has not said where Tuesday’s explosions came from, although Ukraine has hinted at its involvement.

“A reminder: Crimea of ​​normal country is about the Black Sea, mountains, recreation and tourism, but Crimea occupied by Russians is about warehouse explosions and high risk of death for invaders and thieves,” Ukrainian presidential advisor Mykhailo Podolyak tweeted after the reports from Mayskoye.

Last week, blasts at a military air base in the city of Novofedorivka, on Crimea’s western coast, caused extensive damage and destroyed several Russian war planes.

Moscow says it was an accident, though simultaneous blasts at several parts of the base had left craters visible from space.

Ukraine has not officially confirmed or denied responsibility for last week’s explosions, though its officials have openly cheered incidents in territory that, until last week, appeared safe in Moscow’s grip beyond range of attack.