Tears flowed from some members of the Tobago Carnival Committee as the media launch at Shaw Park Cultural Complex neared its end on Wednesday.

The tears, they said, were from relief and from the ability to exhale after months of studious planning to reveal to the world what Tobago Carnival would be.

During that period they kept their silence as narratives weaved about the exclusion of Trinidad stakeholders and questionable marketing trips to Grenada.

Tashia Burris, Secretary for Tourism, Culture, Antiquities and Transportation in the Tobago House of Assembly, likened it to a birthing period during which they kept a protective veil over their “child” until they were ready to present it to the world.

In that gestative state, the new members of the THA pondered on how to create a festival that would be distinct among the slew of Carnivals on the circuit and how to ensure the Tobago brand would stand out.

“We have seen the evolution of Carnival over the years…Carnivals have moved away from being a creative expression to something with a manufactured, cookie cutter-like look and feel. If you look at the bands, you get feathers, bikinis and beads and that is what you see generally across the space. Yes you have some expectations in the form of Peter Minshall, Brian MacFarlane and K2K Alliance but generally, Trinidad Carnival has a homogeneous, manufactured look,” Burris told Loop News.

In considering how they could differentiate their Carnival, Burris said they looked to their culture, their Heritage festival, queen shows, Sunday harvests, folk tales and superstitions.

All of those aspects of Tobago culture will be visible throughout the weekend that Tobago Carnival takes place, particularly on the road among the bikini and beads bands. Spectators can expect to see the Tobago Ole Time Wedding, Tambrin bands, Tamboo Bamboo and other aspects of the culture.

“We are putting the culture to the fore. As I said, it will be a spectator’s spectacle and a masquerader’s masquerade. What that means is that someone viewing that Carnival procession is not just seeing feathers, bikini and beads, they are seeing all the elements of what Tobago culture has become famous for,” she said.

Every event that Tobago held during the year sold the festival she said.

“Heritage was really to sell the idea of ​​the birth of this baby and I have spoken about it. Carnival is a baby. It is where everything comes into the space, all the elements from the goat racing to the cuisine so when people come to Tobago, you are coming to an island so the events will reflect that. We have iconic events that are appended to Tobago Carnival that you cannot get in a Trinidad Carnival, in a Miami Carnival,” she said, acknowledging that there will be signature events from Trinidad that people have come to know and enjoy.

Burris stressed that the Carnival would also be inclusive, everyone no matter their size or race will be welcomed into the space. For example, she said, while the Carnival business model is to display slim, masqueraders, there will be a band specifically for plus-sized women. 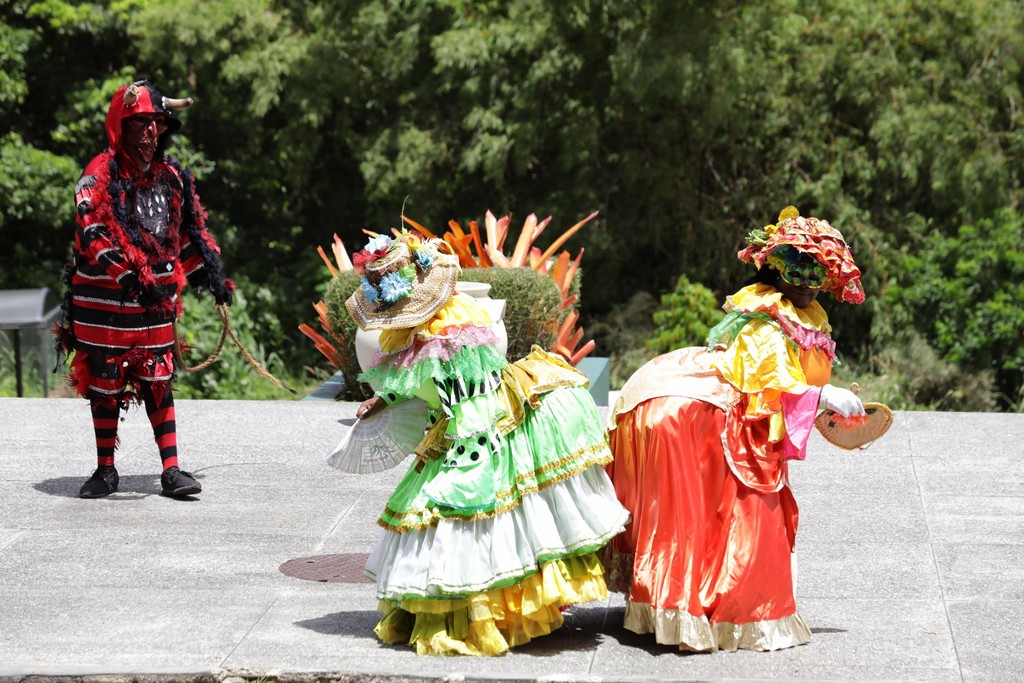 The idea for a Tobago Carnival in October, once touted by Winston “Gypsy” Peters in another incarnation as Culture Minister, is not new and the island tried an event called Tobago Fest in that calendar space years ago.

But it was the absence of Carnival this year that prompted the THA team to look at staging its own event, separate and apart from Trinidad not only to boost the culture but tourism for the island.

Despite claims that Tobago did not want input from Trinidad, Burris said that was not the conversation.

“This was really built to be an economic driver for the island. This Carnival in October is really to ensure that Tobago consistently produces quality culture and events that would have a year-round crowd coming to Tobago but then you know what, in the conversation, it all evolved. The conversation became about whether Tobago allowed to show up the way that Tobago knows how to show up. It became a question of autonomy. Do we have to pander to an NCC in Trinidad, to Pan Trinbago, to a central Government who will try to dictate how the Carnival should be? We didn’t want that,” she explained.

She said there would be collaborations with all the Carnival stakeholders, especially about logistics, road management, building capacity as well as the staging of events.

Expressing a desire to see Tobago Carnival become a melting pot for all expressions of culture, Burris said there might be invitations to traditional characters in Trinidad to participate as well.

As part of their planning, a team from Tobago visited Grenada for Spice Mas to learn from their blueprint.

Burris said the trip was strategic as historically, Tobago had links to Grenada before it was twinned to Trinidad and as a smaller island whose Carnival is more grassroots and community-based, they felt the Spice Mas model was more in line with what they are trying to achieve.

She said: “Tobago will never have a carnival the size of Trinidad and we don’t have the economies of scale like Trinidad so for those in the space who said come to Trinidad, Trinidad don’t do anything small. We have fewer roads; we don’t have the kind of service providers that Trinidad has available, so we looked at our nearest neighbor in terms of distance and history. So we went there to see what’s working, the community style Carnival and how does Tobago break through the noise about what we are bringing.”