It takes extreme rarity, epic provenance and perfect originality to break records at the numerous sales events held during Northern California’s famed Monterey Car Week. By all accounts, this 1942 Crocker Big-Tank Twin has what it takes to hit all those marks when it crosses the block at this year’s Gooding & Company Pebble Beach Auctions taking place August 19 and 20.

Any time a Crocker becomes available, the collector market takes notice. Yet this particular example could set a new benchmark. “Crocker’s racing history, high performance and ultra-low production places it at the top of the list for collectors and enthusiasts,” says Justin Gosaynie, a specialist at Gooding & Company. “Furthermore, these Crockers are culturally significant, especially in the Southern California custom scene, dry-lakes racing and among outlaw biker culture.”

The 1942 Crocker Big Tank Twin being presented by Gooding & Company.

Only 70 of the big, V-twin street bikes are estimated to have been made during the final six-year run of the company, leading to them being termed “The Holy Grail of Motorcycling.” This one, though, is particularly special. According to the company’s registry, it’s the final original Crocker ever built prior to the rebirth of the brand’s name in 1999 and subsequent continuations.

Bearing engine no. 42.61.310, the bike on offer is often referred to as simply “310” and was originally purchased by noted Crocker historian and collector Ernie Skelton. It passed hands from Skelton to Gordon Clark, another Crocker collector, and then on to its current owner who presents it for sale.

The bike underwent a complete restoration by expert Steve Huntzinger, who placed an extreme focus on preservation. Items subjected to the most wear, like grips and rubber footboards, are new original stock from Crocker, believed to be the last such items in existence. Huntzinger even managed to find a set of original, unused 1942 Firestone tires to shod the front and rear wheels. Per Huntzinger, the only modern replacement parts are four hand-machined head bolts, the speedometer cable and the front brake cable. 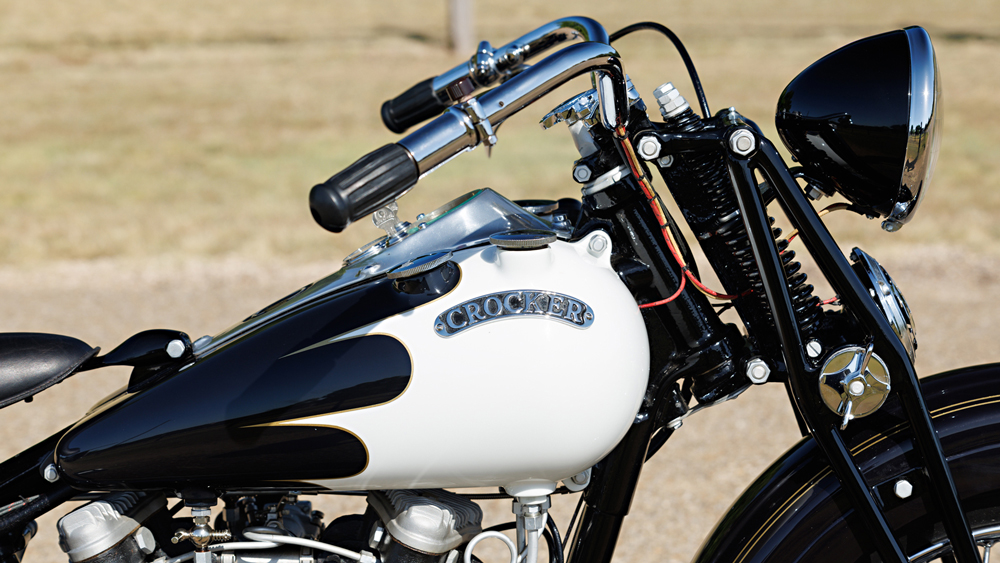 The bike underwent a complete restoration by expert Steve Huntzinger, who placed an extreme focus on preservation.

“NOS [new original stock] Crocker components are exceedingly rare,” says Gosaynie. “This Crocker, which was reported to be very complete and original pre-restoration, was restored by a marque expert who has done the same for multiple examples of these very rare machines. It would be very difficult to repeat this offering, both in terms of its desirable specification and quality of presentation.”

The Crocker Motorcycle Company was founded in 1932 and started with lightweight, speedway-style racing motorcycles. Production of the brand’s larger, V-twin motorcycles began in 1936 and ended in 1942, due to America’s entry into World War II. Crockers were largely custom-built bikes with various displacements and specifications. A 1936 “Small Tank” model, with a 1,000 cc engine and overhead valves, was considered the fastest bike in the world at the time and was often called “America’s First Superbike.” 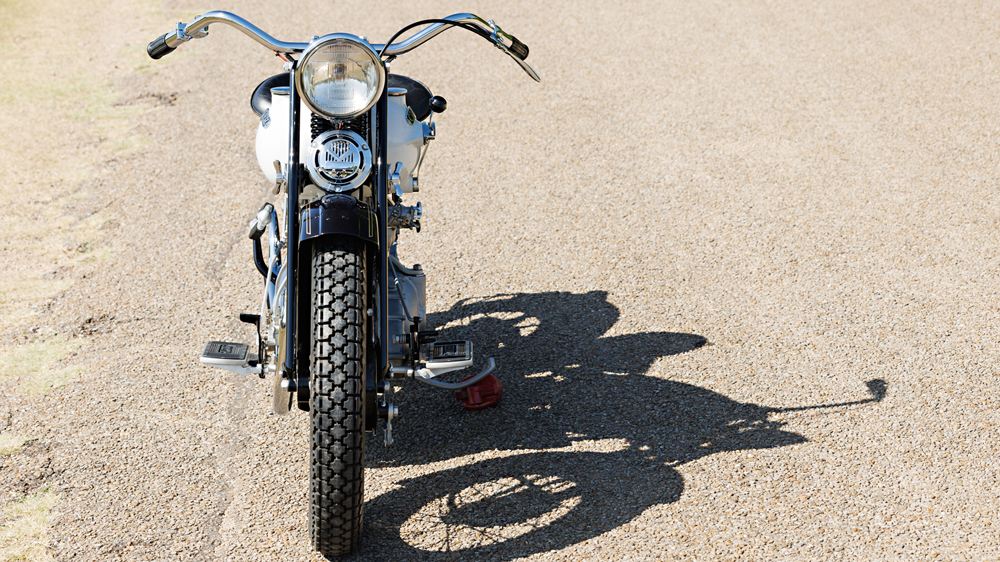 Only 70 examples were believed to have been made during the model’s six-year production run.

Through that six-year production run, the V-twin bikes gained a second oil cooler and ditched the hemispherical combustion chamber for a more typical wedge-shaped design. This final bike sports a larger 3.5-gallon tank and a longer frame for more relaxed handling and better touring. And the cantilever-spring seat is said to have been found on only six Crocker bikes in total. 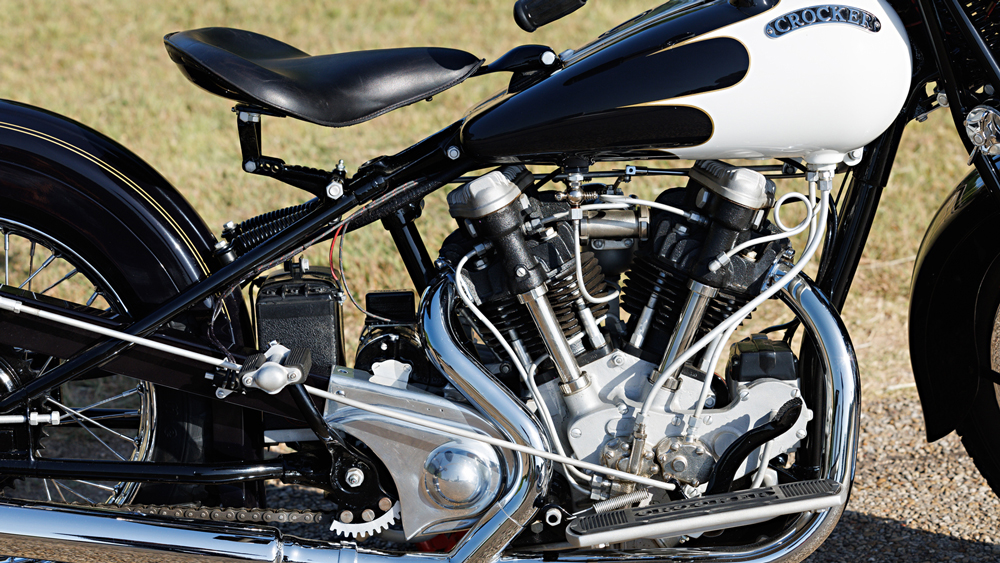 The bike on offer sports a larger 3.5-gallon tank and a longer frame for more relaxed handling and better touring.

Could the last Crocker break the record? “It is certainly possible,” says Gosaynie. “All collectibles have been very strong and we’ve seen a growth in interest for top-tier collectible motorcycles in the past few years. Similarly, rare examples from marques like Brough Superior, Vincent and Ducati have all seen tremendous gains over the past decade.” Accordingly, the 1942 Crocker Big-Tank Twin is estimated to fetch as much as $1 million.

Click here to see all the photos of the last original Crocker motorcycle. 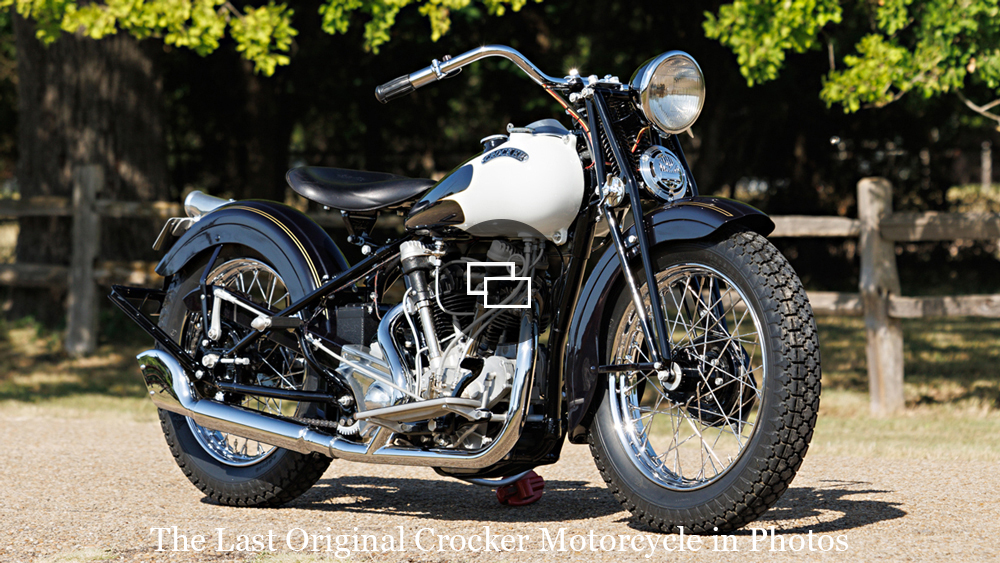 The 1942 Crocker Big-Tank Twin motorcycle being presented by Gooding & Company.