Philosophers have paid little attention to the home so far, says Emanuele Coccia. The Paris-based professor of the history of philosophy has set out to change that with his eye-opening book “Philosophy della casa. Lo spazio domestico e la felicita” (Philosophy of the Home — Domestic Space and Happiness). These are some of his key insights.

1. Everything that is meaningful to people is in their homes

We build houses to shelter in a cozy way the part of the world that is essential to our personal happiness, Coccia writes. What is essential to people ranges from favorite bed linens and Grandma’s old apron to one’s children’s baby toys that still sit on shelves in rooms they have long since moved out of.

But the philosophy professor urges the reader to look beyond the objects and pieces of furniture people often accumulate — and to cast one’s gaze to the people around us and who are often in our homes, such as partners, children, sometimes parents, grandparents, neighbors or friends. He likewise says one should not forget the plants on the balcony that are lovingly cultivated or the cat that has been waiting eagerly for their owner’s return. Memories and dreams also belong to our home. It is the “museum of our ego,” Coccia writes.

No matter how enjoyable a holiday trip was, people have to return home sooner or later. “We can only always inhabit this planet thanks to a home.” People live in a certain city or region because it is where they have a house, a flat, a mobile home or where they have pitched their tent.

Comfy and cozy at home

All the same, people don’t usually spend all day in their homes, says Coccia — it is “the place of return.” After a long day at work, a weekend getaway, a summer vacation, a business trip or a stay abroad, it’s where people come back to, a reliable shelter that allows them to move out into the world in the first place. People travel, but what is familiar awaits at home.

The author delves into the history of the indoor bathroom. For the longest time in human history, toilets were located outside the living space, in outhouses in people’s yards or as tiny separate rooms in communal hallways. According to Coccia, modern indoor bathrooms were introduced following the example of US hotels in the early 20th century.

Having a bathroom of one’s own “moved into a more private sector what had until then had a more communal character, namely body care,” he writes. Anyone returning from a camping trip is likely relieved to hop under the shower in the privacy of their own bathroom.

4. Home is where our wardrobe is

People keep their clothes in their homes, too. When they travel, they bring their clothes in bags or suitcases. “Clothing is a notion of happiness inseparable from our bodies that can be taken along everywhere,” writes Coccia. He calls people’s wardrobe in their homes’ a “mobile body.” By the way people dress, they take their home, identity and attitude to life out into the public. 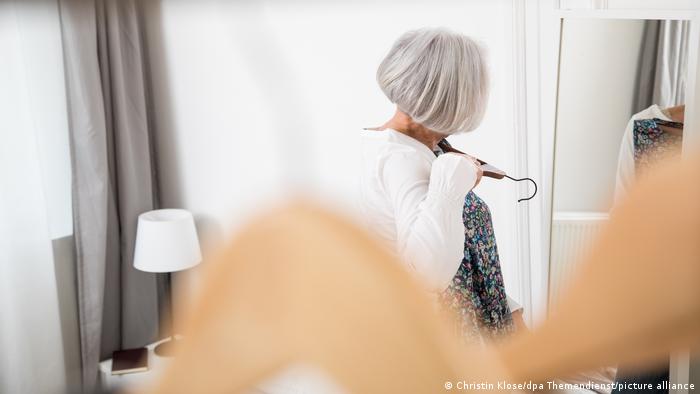 Clothing is a part of one’s social identity

That has the potential to be revolutionary, writes the philosophy professor. “When Coco Chanel designed her silhouette neuve by borrowing lines and fabrics from men’s fashion, she not only created another opportunity for showy consumption, but also a new female identity,” he writes, adding that women who dressed like that showed they were no longer willing to be reduced to their alleged representational duties, but were perfectly capable of working and playing sports.” It’s okay to show that off, at home and away.

5. Home is where love is

Love is the most beautiful of feelings, which is precisely why it has its place in the home, writes Emanuele Coccia. “Love is lived, cherished and celebrated in the home. It is the domestic secret par excellence.”

A secret because we are the only ones to know what it really looks like in our private space, including a partner’s quirky habits or annoying tics, the sweatpants he or she would never wear outside but wears all the time at home — everything is out in the open at home. 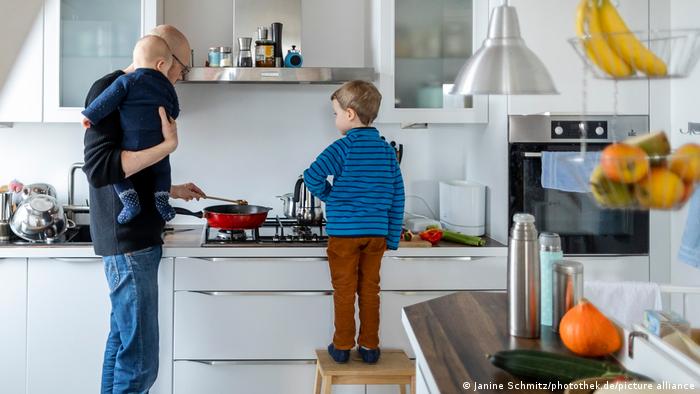 Home is where the loved ones are

However, Coccia does point out that by defining the home as a private space, it has also become “a space of injustice” in which “oppression, injustice, and inequality have become an unconscious, self-reproducing habit.”

“Gender inequality, for example, has its roots in the home,” Coccia argues, listing the millennia-old belief in patriarchal societies that a woman’s place is in the kitchen, or the increase in cases of domestic violence during the coronavirus pandemic.

That is why there is a need for a “philosophy of home,” he says — to ensure that home becomes the place where “we can be happy in the here and now, together with others.”

This article was originally written in German.