Altamont Gardens was the venue for a talk on **Bodiversity in the Garden** as part of Heritage Week Photos: michaelorourkephotography.ie

Heritage Week in Co Carlow was part of the national celebration of our past on the theme of biodiversity and sustainability.

Heritage Week, which ran from 13-21 August, was co-ordinated by the Heritage Council, and as part of this, Carlow County Council, through its Heritage Office, organized a program of 25 events, spread around the county, working with communities that wished to showcase aspects of their local heritage.

A new cultural heritage initiative with short videos delivered by Wibbly Wobbly Wendy recounting stories from the 1930s National Schools Folklore Collection launched online each day, to encourage children to learn about the past of their grandparents as they wrote about it.

The program of events saw everything from a pop-up military museum in Hacketstown and Bagenalstown (with Paul Maguire of the Carlow Military Museum) to a wonderful walking tour of Clonmore Graveyard (with Dr Kate Colbert), organized by Carlow County Museum. The insightful lecture by Rev Susan Gallagher looking at Methodism and the built heritage of the churches in Carlow and neighboring counties was organized by Carlow County Museum and attended by minister Malcolm Noonan. And later in the week, Borris Lacemakers displayed and explained the cultural significance of Borris Lace to minister Noonan at their event in Borris House.

Carlow Heritage Week had everything from walks and talks, ranging from the heritage and biodiversity of historic graveyards in Carlow and in Dunleckney to a historical walking tour of Carlow town (led by Padraig Dooley and Lynne Whelan of Carlow Historical and Archaeological Society). Other highlights included a self-guided walking tour of Carlow town prepared by Carlow Municipal District/Heritage Office with Carlow College, as well as guided tours of one of the county’s national monuments, Browneshill portal tomb, which was organized by cllr Fergal Browne.

Pauline Dowling from the Office of Public Works in Altamont Gardens organized a series of talks on biodiversity. Carlow Birdwatch hosted a bird and butterfly walk, and Molly Aylesbury gave a wonderful workshop on wildflowers, facilitated by Ann Phelan for Water Heritage Day. The week can be summed up by the resilience of the Ballinkillen community, who postponed the demonstration on splitting stones due to the heatwave on Saturday 13 August, but did it in cooler weather on 20 August.

Carlow heritage officer Eoin Sullivan said: “We’re delighted with the social media coverage from the Heritage Council in showcasing Carlow Heritage Week events over the space of the eight days of celebrations. Events such as Paul Curran’s (Carlow Historical and Archaeological Society) was picked up nationally and shows the significance of his topic: the recording of oral memories.” 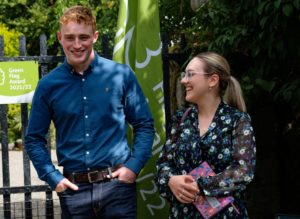 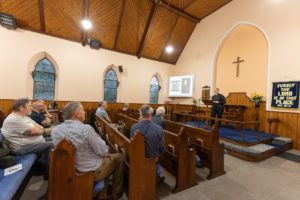 Rev Susan Gallagher presented a lecture on Methodism in County Carlow in the Carlow Methodist Church, Carlow as part of Heritage Week 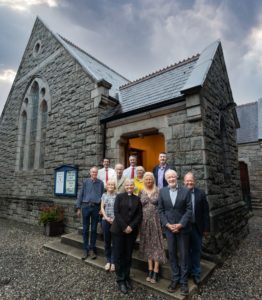 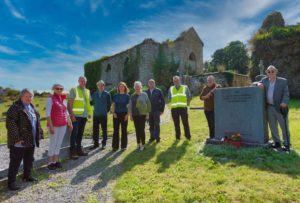 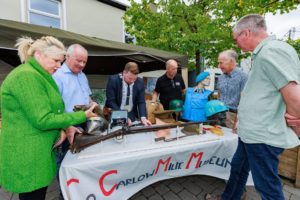