Danny B. Bolt, 86, died peacefully after a lengthy illness on Tuesday, August 23, 2022, at the Virginia Veteran’s Care Center in Roanoke, Virginia. He was born on April 24, 1936, in Galax, Virginia, the son of Kyle and Mae Bolt of Independence, Virginia. He is survived by his loving, devoted wife of 62 years, Vivian Z. Bolt; and his daughter and her husband, Marnie B. and James W. Benigno, of Salem, Va. He is also survived by his brother, Jack Bolt; nephews, Captain Christopher Bolt, USN, Ret. and his wife, Shelley, J. Patrick Bolt, Bill Napier, and Chris Firebaugh, and his niece, Jeanne Douglass.

After graduating from Troutville High School in 1955, Danny attended the University of Virginia. He excelled as a student, having the honor of being in residence on the Lawn, and graduated from UVA’s school of architecture in 1960. Danny and Vivian married that same year. Danny began serving in the United States Air Force in 1960. As a Captain and pilot, he saw combat duty flying C-123’s in Vietnam and Cambodia until 1962. After his tour of duty, he returned to the states and served as a USAF flight instructor at Ft. Walton Beach, FL until he completed his military career in 1965. Marnie was born to Danny and Vivian during this time as well. Danny then returned to the Roanoke Valley where he began his career as an architect. He practiced his profession for the next 40 years, rising to leadership positions with several firms in Roanoke. Danny worked with Federal, State, and Local government clients across the country to design and build many remarkable administrative, correctional, and military facilities, including buildings at Ft. Bragg and the remodeling of the Eisenhower Executive Office building. Danny was a passionate outdoorsman and loved to backpack along the Appalachian Trail with his friends, co-workers, and family. He sailed his own boat on Smith Mountain Lake and the Chesapeake Bay, often taking his family along for the ride. Danny loved being a pilot and continued to fly private planes all over the Eastern US for many years after leaving the USAF. He was also a talented painter and artist who produced many paintings for his family and friends. Danny was an active member of College Lutheran Church, serving on the Property Committee overseeing many improvement projects during his tenure.

From Danny to his Family, “Thank you for letting me love you.”

From Danny to his special friends, “Thank you for being my friends and sharing in some good times and adventures.”

Our family would like to express our profound thanks to the capable and compassionate professionals at the Virginia Veteran’s Care Center, Drs. William Fintel and Andrew Fintel and caring staff at Blue Ridge Cancer Center, and Good Samaritan Hospice. The family also wishes to extend its sincere and grateful appreciation to Pastor David Drebes, the congregation of College Lutheran Church, and many family, friends, and neighbors for their kind and gracious support of both Danny and Vivian during his 12-year illness. Per Danny’s wishes, there will be no services held at this time. In lieu of flowers, please consider a donation to College Lutheran Church in memory of Danny. Online condolences may be expressed by visiting www.johnmoakey.com. 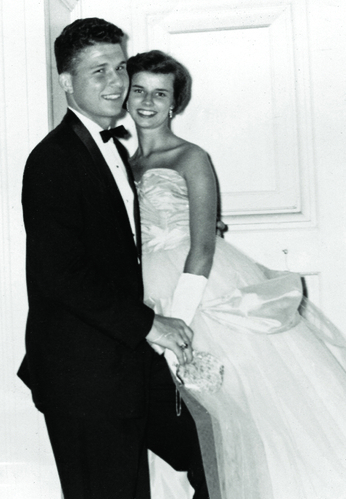 To plant trees in memory, please visit the Sympathy Store.