The irony is not lost on Maldivians that the source of much of their income — tourism — is linked to the source of much of their trouble, climate change. Rising sea levels and coral bleaching are among the most significant threats to the Maldivian environment and the country’s financial wellbeing, so it’s no surprise that the government is turning its attention to the problems.

A floating city large enough to house 20,000 people is being constructed close to Malé; deep-sea conservation expeditions have been commissioned and homegrown, environmentally focused NGOs are gaining momentum. Founded by Mohamed Nasheed, who in 2008 became the country’s first democratically elected president, the Maldives Coral Institute is exploring scientific ways of protecting reefs for future generations; when it comes to megafauna, the Maldives Whale Shark Research Program has become the only long-term project dedicated to studying the vulnerable creatures.

If you can look beyond the impact of the long-haul flights required to get to the Maldives from the UK, there’s a role that tourists can play too: taking part in citizen science activities. We asked a few key conservationists engaged in ecotourism to share their stories.

Growing up on an island I was always in the water. Whenever I went snorkelling I was curious about the fish and the corals, and after I finished high school I started learning more about the ocean.

In 2014 I did an internship on an uninhabited island, helping some PhD students to learn about parrotfish. It was mind blowing for me. The reef was so colorful and beautiful. I remember being so much in awe.

Back then it was all fun. But a few years later I returned to the same reef — that was the first time I ever cried in the water. What I witnessed was devastating. It was so sad to see all those corals that were once so alive had lost all their colour, and some of them were dead. 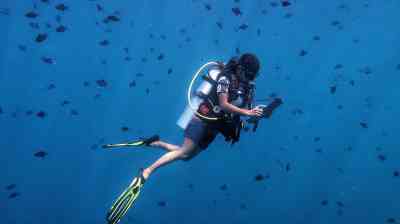 But there are still reasons to feel positive. Our data shows that a lot of coral reefs in the Maldives are starting to come back.

My biggest project is coral reef restoration. I go out on the house reef collecting corals broken off naturally by the waves, then plant them onto metal frames and take care of them while they grow. Tourists can snorkel with me while I work — I teach them how to spot the broken off pieces and tie them onto the frames. Afterwards I send them updates about how well their coral is doing.

This is a developing country so there is still a tug-of-war between its economy and environment, but I don’t think that the development of resorts is necessarily negative. With a resort, its area is automatically protected — you’re not allowed to fish or step on the corals, and a marine biologist is employed to take care of the reef. That’s a good thing.

At first my family were not happy about my career — they worried about me spending so much time in the water — but now they understand. 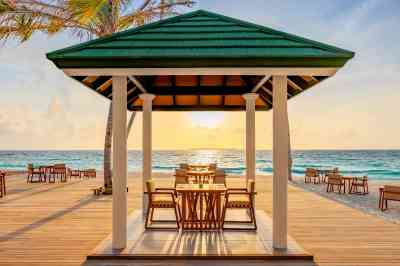 Eight years ago only a few people were interested in what was happening underwater, but now so many want to help to protect the environment. I’ve met young people who are starting their own NGOs, and that makes me so happy.

When I started it was challenging being a woman in this industry, but now there is no discussion; people realize we can do the same things as men. In fact, I think there may now even be more women than men working in conservation — we are very determined.
sunsiyam.com

Our expedition is in partnership with the government of the Maldives, which is key: we’re working with Maldivians and on their behalf.

The mission is to carry out the first systematic survey from the surface to 1,000m below sea level at key locations across the country. That will enable us to gather critical data to help to inform the Maldivian Blue Prosperity Coalition plan to discover and protect what’s in their ocean.

There’s very little data related to the sea beneath 20m, so we’ll be the first people to discover what’s there. Maldivians will be going down in submersibles, seeing the depths of their nation for the first time, and hopefully starting to find some solutions — for example, resilient deep corals that might provide a refuge of hope for animals and organisms living in the shallow waters. 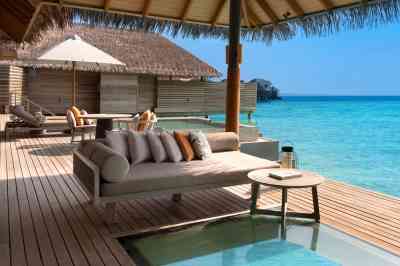 An overwater villa at Vakkaru Maldives

The whole approach is to combat what’s called parachute or colonial science, in which scientists from high-income nations go to work in low or middle-income countries without having partnerships or collaborations set up.

In our case, all data we generate belongs by law to Maldivians. The solutions need to be owned and invested in by the people and the country, rather than us. This is not scientists coming in and trying to save the day; it’s us working with them, for their priorities.

why now? The main driver has been a change in administration and the big policy commitments that the new government made when it came into power — the politicians know this is fundamental to their survival. The average height of land in the Maldives is 1.5m above sea level, and the data we’ve seen shows that we can expect a significant rise in the sea level that will inundate at least half the country by 2085. And that’s not even the worst case scenario.

Very few people have come to terms with the true understanding of what this existential threat means. We need to do everything we possibly can to try to prevent this. To raise awareness we’re doing a residency at Vakkaru, a resort on an atoll north of Malé, with workshops and talks that will carry forward into the longer-term guest experience.

I think that tourism and conservation are natural bedfellows. We’ll be doing several workshops for children, including creating edible polyps to explain how parrotfish chomp on coral and excrete it as these wonderful fluffy white-sand beaches. We’ll also be taking snorkel and dive trips to some of the best reefs in our region to learn about and fall in love with the ocean. We hope that by doing this people will want to help to conserve it a lot more.

Maldivians have done very little to cause the climate crisis, yet they are on the front line of its impact. It’s absolutely critical that they have the skills and resources to own and manage their ocean.
Vakkarumaldives.com

Marine biologist and project manager for the Manta Trust based at InterContinental Maldives Maamunagau Resort, where she is working to secure protection for an important manta nursery

Everyone talks about rising sea levels, but it means so much more in the Maldives. The economy is built on tourism, which would be one of the first things to go. But more than that, the country relies on the reef as a natural defense force that creates barriers around the islands.

In June 2021 President Solih said that he believes we are the last generation capable of saving the Maldives from climate change. Don’t get me wrong, the country is still beautiful and its biodiversity is still rich, but it is changing. I’ve worked here for five years and I’ve seen it for myself.

The good news is that more protected marine areas are coming into play. The government has stated in its national biodiversity strategy that it will protect 10 per cent of coral areas and 20 per cent of wetlands and mangroves by 2025; at present less than 1 per cent is protected.

Since 2019 we’ve discovered that Maamunagau, towards the north of the archipelago, is a really important aggregation area for juvenile mantas, particularly newborn pups, so we’ve proposed that the nursery should become a protected area.

From left: a manta; oriental sweet lips; a hawksbill turtle

Right now I’d say the Maldives has the world’s largest population of mantas — about 3,000. People come to the Maldives for the beautiful beaches, but they also come to see the mantas. The biggest threat to the species worldwide is the fishing industry and accidental by-catch — mantas can’t swim backwards so get easily tangled in nets. There is also a belief in Chinese medicine that if you eat the gills in a soup they will filter toxins and illnesses.

Luckily, the Maldives follows regulations to protect mantas. Watching the water 24 hours a day isn’t possible, but we do find that locals report anything illegal going on, which I think is amazing because it shows that they care.

There are ways that tourists can help too. Anyone staying at the resort can join Manta Trust research scientists and snorkel with manta rays; by taking photographs and helping to identify individuals they can become citizen scientists. They can also adopt a coral line to support a restoration project. 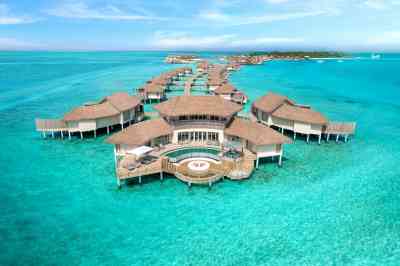 In October I’ll be running a five-day retreat for guests to learn what it takes to be a researcher. We’ll go out to the ocean and collect data. Along with identifying mantas we’ll be gathering plankton samples as part of a long-term study looking at what mantas are eating and how that’s been affected by climate change. It will be a real opportunity for people to engage and learn new skills.
ihg.com