His This is Not a Drill Tour may not be his last but might be the last of this massive scale. The show is performed in the round in two set, featuring of course, plenty of Pink Floyd classics, as well as many of his solo songs, in what should be an audio-visual spectacle. The 78 yr-old Waters has become even more cranky and outspoken regarding his ideas on politics, global affairs, and the heath crisis, even posting a warning before the show starts, but the classic nature of the music cannot be denied.

A solid triple-bill outdoor show headlined by the Jacksonville, FL hard rock band in support of new full-length, Planet Zero and its second single, “Daylight”. Live, look for a cover of Lynyrd Skynrd’s “Simple Man” (a Jacksonville band as well).

jelly roll is rising rapper Jason DeFord who released Ballads of the Broken last September and has collab’d with Tech N9ne (maybe he’ll show up) and has new single, “Son of the Dirty South” w Brantley Gilbert.

Known for their late 90s/early00’s country hits, “Amazed”, “Come Cryin’ to Me” and more (and having John Rich as a former member), the longtime band has had member shakeups of their own including their original singer leaving (again) last year but has been dutifully replaced by Sons of the Desert’s Drew Womack. 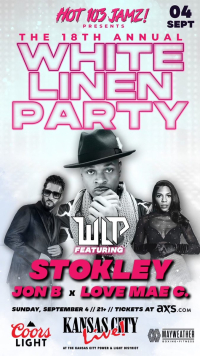 New Orleans brooding aggro-metal band has a new record, March’s Zero and Below out to support, and has been playing since 1990, with even pantera‘s Rex Brown as a former member.

It’s the 18th Annual White Linen Party (we don’t have to tell you what color to wear!) featuring Stokley, Jon B and Love, Mae C, and more, happening downtown. We’re definite fans of the Mint Condition singer, as he was a true highlight at the marathon 2016 Prince Tribute Concert and when singing those classics songs live with The Revolution.

(previously postponed due to weather) – This is a great double-bill as well – Washington indie rockers Modest Mouse returned and force with 2021’s The Golden Casket and we caught them live last August, shortly after the record was released. Lead singer Isaac Brock continues to steer their ship and even recently revealed that new and unheard songs with Johnny Marro may be in the near future, which is a wonderful surprise. 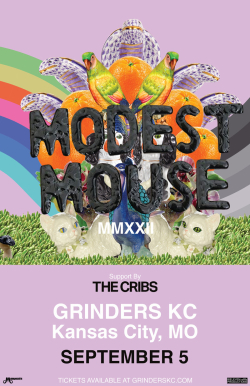 Wakefield UK’s brothers Jarman are a band we’ve followed since 2007. The Cribs returned in late 2020 with Night Networktheir eighth studio album and we’ll always remember seeing them in St. Paul on August 1, 2007, just after the bridge over the Mississippi River in downtown Minneapolis, collapsed.

Based in Lawrence, the duo is producer/guitarist Matt Hill and Mark Hill- brothers who take their approach to electronic music and live performance across the country. The Floozies present Funk Street 7with support from Jantsen, Tripp St, Esseks & Trash Angel. We caught the electro-funk pair last back in 2017 in Minneapolis.

Known for his impressive chopping style and high energy sets, megalodon is no stranger to the dubstep scene. Since 2008, the SF-based producer has become more known after collaborations with Zeds Dead, Skism, Habstrakt, 12th Planet, Virtual Riotand more. 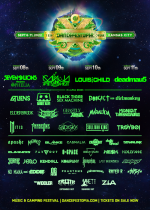 Escape to the magical Emerald City and find yourself in a world of enchantment, wonder, and bass at the 10th annual EDM music, arts & camping festival featuring 200+ artists, world-class production, five stages, art installations and more.Nestled in the rolling hills surrounded by forest and pristine lake water, an hour south of KC the lineup goes five days, with the final three being the biggest nights- deadmau5, Louis The Child, Ganja White Night and Seven Lions will all perform headline sets.

One of the sad fallouts of the Riot Room closing for good was the cancellation of this previously announced show, but we’re very glad to see it back on the schedule, as we’ve been fans of the Welsh alternative band since we wrote about them in July 2008 when they released their very first single.

We’ve seen the band multiple times, the last time being in Nov 2018and they’re out in support of March 2021’s into the blue, which they went all the way to Utah to record. 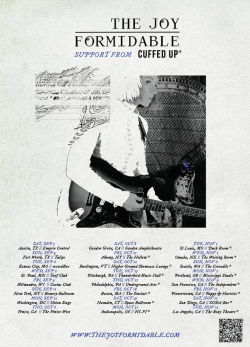 The Americana band recently went into their hometown Austin, TX studio deciding to record their own version of the classic Ray Charles album A Message From The People, paying homage to one of the most important voices in American song history. One set will be the performance of the entire album and another set of their own classic songs.

Returning to his very clever Tattoo Across America Tour, the outlaw blues singer (actor and meditation teacher too) has a new single, “Let it Fall” from the album Hair on Fireout Sept 9, playing a free 6pm show with dr. Dave Duly and Tony O. Come for the music, stay for some ink and/or a piercing!