Families of some of the 45 victims of the deadly 2021 Meron disaster expressed mixed feelings Tuesday about the news that several officials, including former prime minister Benjamin Netanyahu and the current Israel Police chief, could be found responsible for Israel’s worst-ever civilian disaster.

“The warning letters sent to a number of senior officials send a clear message that the probe finds not only the junior managers that ran the event responsible but also the most senior officials who were responsible on the macro level,” read a statement issued by attorney Eran Beker on behalf of the some of the bereaved families.

“Having said that, the letters do not address the needs of the families who lost their loved ones,” the statement read, adding that the families have been arguing that the “writing was on the wall” for some time now.

“The state and its institutions and everyone who was involved in the celebrations stuck their heads in the sand and knowingly ignored the many dangers at the site, which, unfortunately, resulted in 45 deaths,” he added.

Earlier Tuesday, the state inquiry into the disaster sent warning letters to a number of former and current senior officials signaling that the committee may find them partially responsible for the disaster.

Among those who received letters were Netanyahu, who served as prime minister when the disaster took place in May 2021; police chief Kobi Shabtai; Likud MK Amir Ohana, who was public security minister at the time; and former northern police commander Shimon Lavi, who stepped down last month.

Other officials who received letters include former religious services minister Yaakov Avitan; Rabbi Shmuel Rabinovitch, who is the top religious figure at the Western Wall and other holy sites; and several people involved with ensuring safety procedures at Meron.

“Our view is that those holding senior positions, who had wide and significant authority, need to bear responsibility in accordance [with those roles],” the state panel said.

The panel said that those who received warning letters were “liable to be negatively impacted by the inquiry’s work or findings.”

The notices indicate who the panel thinks should be held responsible for the incident, but a final report will only be published once those who received warnings are given a chance to plead their case to the committee.

If the probe does find Netanyahu and other senior officials guilty for the disaster, it could prevent them from continuing their current positions or prevent them from taking certain public roles in the future, Haaretz reported.

The committee could also decide to launch legal proceedings against them. 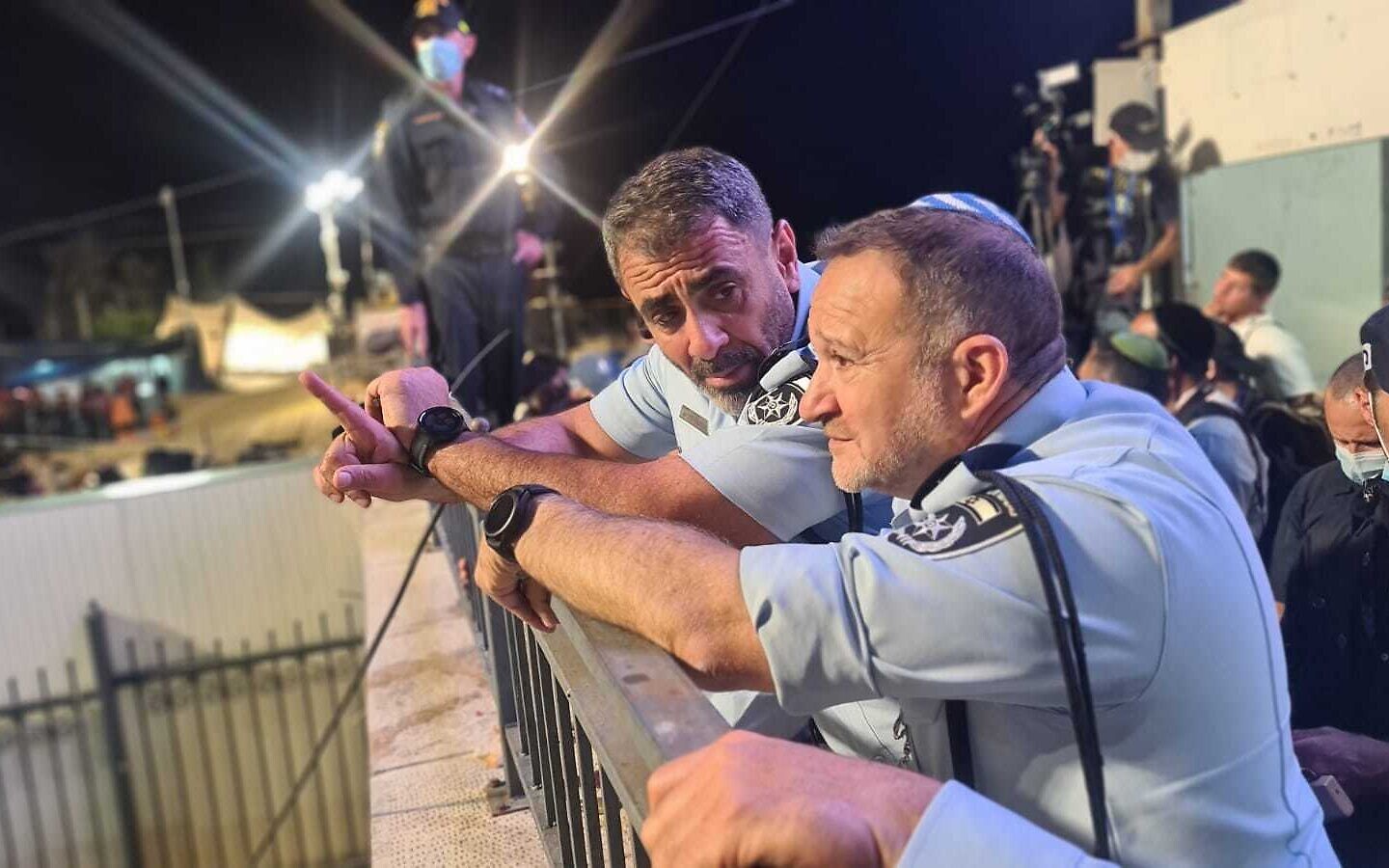 Last month, Netanyahu told the committee that he was not aware of critical safety concerns at the annual event, which took place at the height of the coronavirus pandemic — drawing condemnation from his rivals and some of the families for avoiding responsibility.

In May, the state approved the transfer of compensation funds to the bereaved families, over a year after the incident took place. According to the agreement, each family will receive NIS 500,000 ($160,000) for every family member deceased in the tragedy, for a total of NIS 22.5 million.

A few days later, nine of the families who had lost relatives in the disaster filed a civil lawsuit worth tens of millions of shekels against a long list of private and state entities, including the Israel Police, the Public Security Ministry, Interior Ministry, Religious Affairs Ministry, Tourism Ministry, Economy Ministry, the National Center for the Development of Holy Places, the National Fire and Rescue Authority, Magen David Adom and other institutions for deliberately ignoring safety risks.

The Meron tragedy occurred on April 30, as thousands celebrating Lag B’Omer festivities at the gravesite of the second-century sage Rabbi Shimon bar Yochai streamed through a narrow walkway. Some people fell on the walkway and down a flight of stairs at its end, toppling onto those below and precipitating a fatal crushing domino effect.

Around 100,000 people, mostly ultra-Orthodox Jews, attended events at Mount Meron during the holiday celebrations. The Stampede was Israel’s most deadly peacetime disaster.

We’re really pleased that you’ve read X Times of Israel articles in the past month.

That’s why we started the Times of Israel ten years ago – to provide discerning readers like you with must-read coverage of Israel and the Jewish world.

So now we have a request. Unlike other news outlets, we haven’t put up a paywall. But as the journalism we do is costly, we invite readers for whom The Times of Israel has become important to help support our work by joining The Times of Israel Community.

For as little as $6 a month you can help support our quality journalism while enjoying The Times of Israel AD-FREEas well as access exclusive content available only to Times of Israel Community members.

Thank you,
David Horovitz, Founding Editor of The Times of Israel