PRIORY, St Ann — Tourism Minister Edmund Bartlett has given an assurance that locals will continue to enjoy free admission to use Priory Beach in St Ann after the Government completes renovation. Work is slated to begin in January 2024.

During a town hall meeting held on Sunday, August 28, to get residents’ input on the proposed redevelopment, retiree Ivan Nashford was among those who sought the minister’s promise that the beach will remain accessible to them.

“For you to be telling me now that we won’t be paying, now that is good… But… what assurance do we, as people who live here, have to say that, yes, it will remain free? Can you give us an assurance?” he asked the minister.

Over the years there have been concerns raised that many of the country’s once-free-to-use beaches now have an entry fee or are no longer accessible to locals. However, in his response to Nashford’s concern, Bartlett said the Government has taken a policy position that all public beaches that benefit from repairs funded by tax payers will remain free to use. 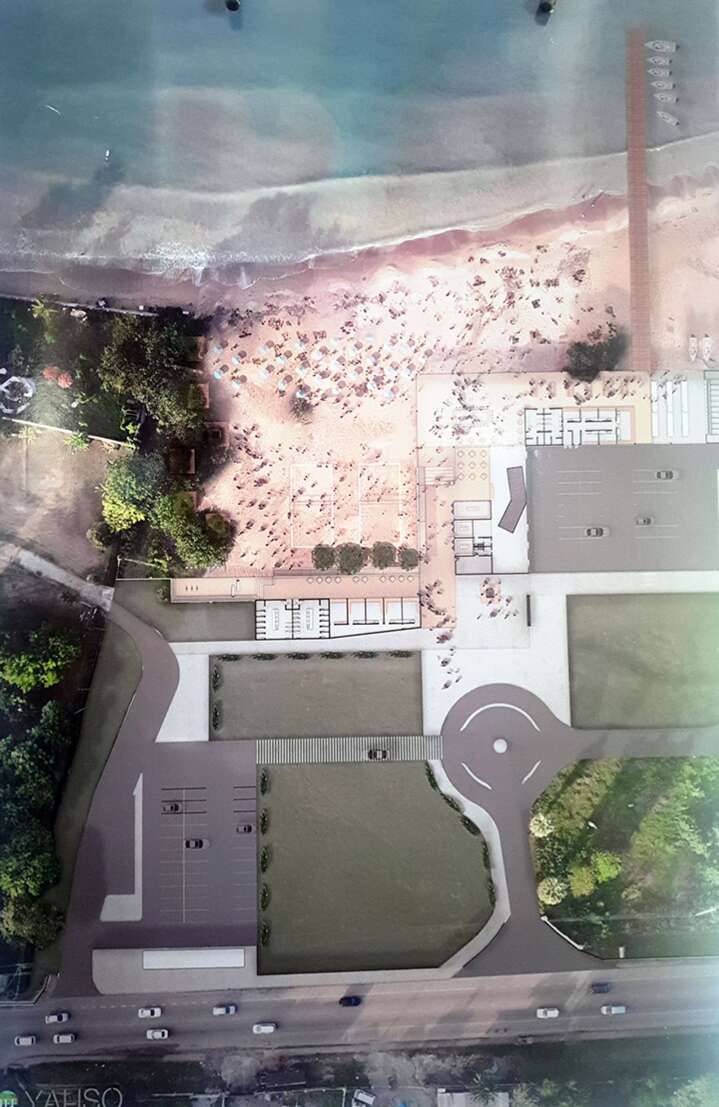 Design for the planned renovation of Priory Beach in St Ann.

“I have already given that assurance because this is a policy, government policy. Now, if another Government come and change that policy I have no responsibility there,” he said.

According to the tourism ministry, the redevelopment of Priory Beach is one of many under its Tourism Enhancement Fund’s Beaches Program that will undergo major infrastructural improvements “to facilitate a warm welcome for both visitors and locals alike”. During the meeting the tourism minister sought to assure locals that while the beach will attract tourists they will benefit most from the work that will be done.

“The plan for Priory Beach, Fantasy Beach… is not about tourism… The plan is to build a facility to enable the people of Priory and the people of St Ann, in particular, to have access to beach recreation,” Bartlett said.

Stressing that locals are the most important element of the country’s tourist industry, the minister spoke of the ways in which residents of St Ann earn an income from the sector.

The proposed designs for the redevelopment were unveiled during the town hall meeting. This is the second meeting with residents to discuss the project.