An Australian woman has revealed how her husband was left behind at sea during a snorkelling excursion in Fiji – and was only saved by a chance encounter with a fishing boat.

Barry Morris, 75, spent 30 terrifying minutes floating in the ocean off privately owned Fijian island Nanuya Levu – where the hit Brooke Shields film The Blue Lagoon was filmed – in May after a charter boat left him behind.

His wife, Bev, was stunned when other tourists who had gone out on the boat arrived back at shore and Barry was nowhere to be seen.

Unknown to her, her elderly husband was shivering in the ocean with a broken snorkel mask – and was thankfully saved by a fisherman who just happened to be sailing by.

She was assured that procedures would be improved and headcounts introduced – so the couple were shocked to read that a second Australian family recently survived a similar order. 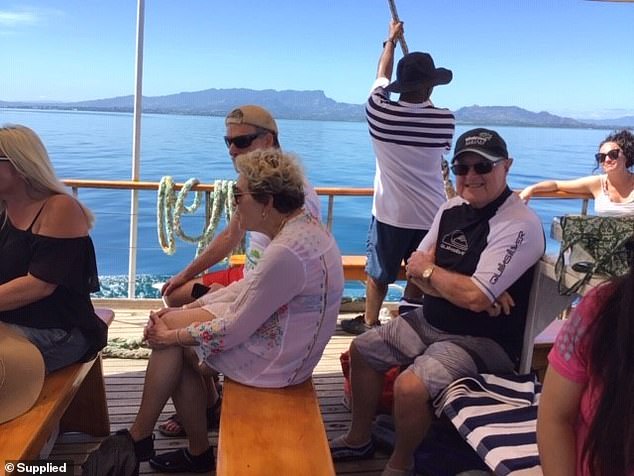 Barry Morris (pictured right) was looking forward to his snorkelling excursion, only to be left behind by the charter boat

Justine Clark and her sons Felix, 18, and Max, 20, were stranded in the middle of the ocean after their charter boat left them behind during a holiday in Fiji in August.

The family and their divemaster were forced to start swimming towards the nearest island 20km away before being rescued by a garbage collector boat.

Mrs Morris was upset to read about the encounter ‘after the cruise company promised me it would never happen again’.

‘How can a tender boat miss four people, including the divemaster?’

‘Someone is going to drown out there. The cruise company needs to step up procedures before they lose someone.

‘It’s not good enough. This shouldn’t have happened twice.’ 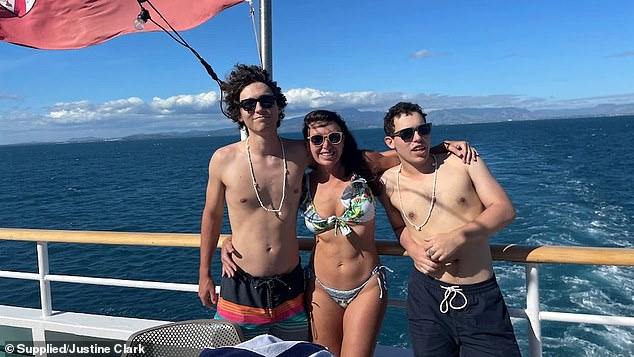 For Mr and Mrs Morris, it was the couple’s first holiday to the island nation in three years due to the Covid-19 pandemic.

On May 12, they were on the second last day of their Captain Cook Cruises Fiji voyage when guests chose between a beach excursion or snorkelling for their morning activity.

Mrs Morris opted to stay on the beach while her husband, an experienced snorkeller, went out on the boat.

‘When the boat came back, a few guests who snorkelled asked if I’d seen Barry as he wasn’t on the boat with them,’ Ms Morris recalled.

‘We then spotted a local fishing boat, which brought him back to the ship.

‘He lost a sapphire ring he was wearing because his hands were so cold from the time he spent in the water.’

Mrs Morris claimed the charter boat didn’t attempt to look for her husband and shudders at the thought of what could have happened had local fisherman not spotted and rescued him.

‘At 75 years old, I don’t know if he could have kept swimming to a nearby island,’ Ms Morris said.

‘He’s not a strong swimmer and his snorkel mask also broke.

‘He snorkelled with the belief that crew would be accountable for passenger safety.’ 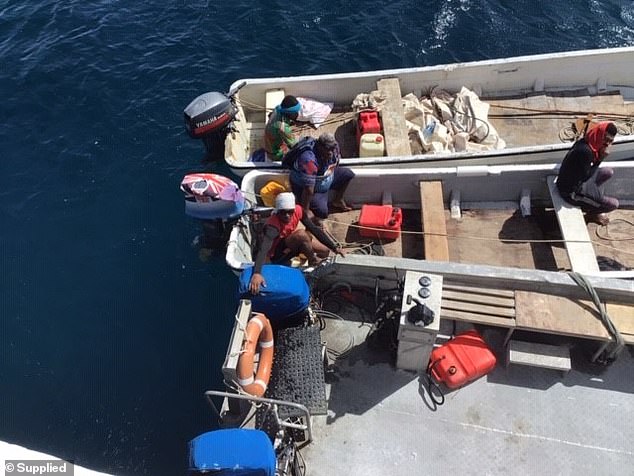 She contacted Captain Cook Cruises Fiji afterwards, with the company apologizing and refunding part of the cost of Mr Morris’ cruise.

But, in emails obtained by Daily Mail Australia, the company also claimed to Mrs Morris that her husband had swum away from the group and missed boarding the boat.

‘We are sorry that this mishap occurred and please be assured we have since thoroughly worked through the headcount procedures with the crew,’ the company’s general manager wrote.

The couple, who have holidayed in Fiji at least once a year for the last two decades will return in November but have no plans to book with the cruise company in the future.

‘For well over 20 years Captain Cook Cruises Fiji’s number one priority has been ensuring the enjoyment, health and welfare of the people that travel and dive with us,’ a spokesman said.

‘We have been in close contact with the passengers and understand their concerns. We have strict protocols in place and will continue to work to make sure that every experience meets our and our passengers’ expectations.’

An Australian family has recalled their harrowing ordeal after being stranded in the middle of the ocean after their charter boat left without them during a dive in Fiji.

Newcastle mum Justine Clark, partner Jeremy and her sons Felix, 18, and Max, 20, were on a seven-day cruise of the South Pacific island nation last month when they booked an afternoon dive at The Supermarket – an offshore site.

With 30 years of diving experience behind her, Ms Clark and her sons decided to take the excursion led by a divemaster who worked for a company subcontracted by Captain Cook Cruises Fiji.

She detailed the harrowing experience to Daily Mail Australia and is sharing her story in the hope it never happens again and that safety procedures are overhauled.

Weather conditions worsened as the tender boat made its way out to the dive site and traveled into an approaching storm in open waters in what appeared to be a large channel 20km from any island.

After a 40 minute dive, Ms Clark resurfaced with her eldest son and saw no sign of the tender boat. 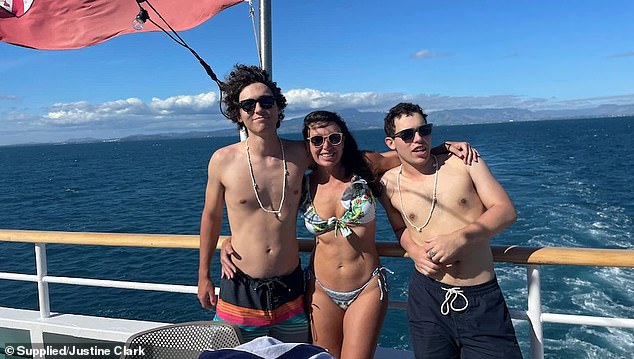 ‘No tender boat was visible on surfacing, the swell was two meters, it was dark with gray clouds and high wind,’ Ms Clark recalled.

The divemaster then resurfaced and was shocked to find the tender boat was gone, telling Ms Clark it never happened in his 27 years of diving.

He advised the group to start swimming towards an island in the distance.

‘Due to the distance from islands, weather and it being past school hours I was not optimistic we would have passing vessels,’ Ms Clark recalled.

‘I can’t impress how concerned I was for everyone’s health [and about] sharks… I had to reach the island in a calm manner.

‘I knew that I was capable of the 10-15km swim to the island and that even if I had to drag my boys for some of the way I would reach that beach.’

After 40 minutes, they noticed a small boat heading their way.

On board was a garbage collector who had been picking up rubbish on a nearby island when he spotted the tip of one of the diver’s buoys. 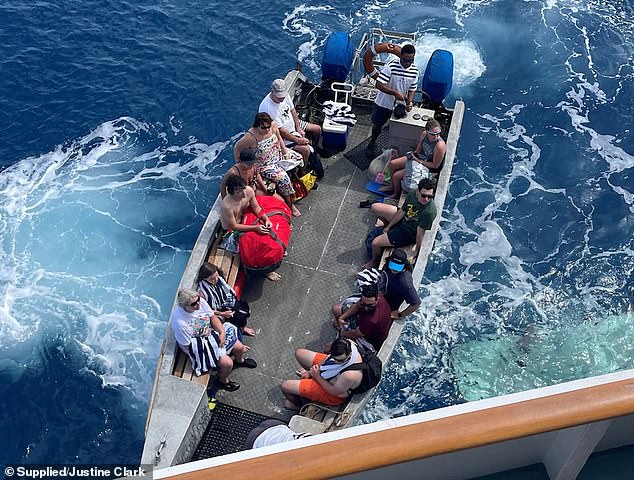 “We were all smiles and I was blowing a kiss to the Fijian who saved us,” Ms Clark said.

Soon after, the tender boat driver motored over to the group and apologised, saying the cruise captain had been informed he’d lost the group.

‘The cruise boat tender finally approached after all of us where on the tinny. We did not change boats and I would have refused anyway if the sea was too rough,” she said.

‘We traveled back to the cruise ship in the rain and cold wind but joyous to have been saved.’

Ms Clark said the terrifying ordeal impacted on the rest of their holiday.

‘The captain was not able to explain to me why the tender driver was so far from the dive site or why we were diving at a site so far from the main cruise ship,’ she said.

‘The captain did apologise for the accident and suggested that it was an unlikely event.

‘The story did get around the boat and for the reminder of my holidays guest were coming up expressing concern and sorry for what had happened to us.

“This was also unpleasant as I did not wish to keep discussing the incident.” 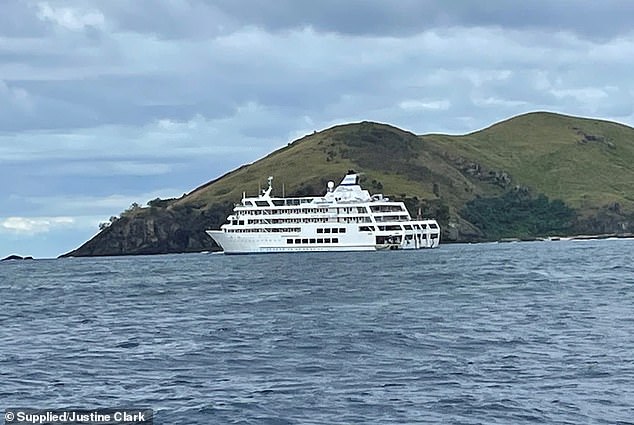 ‘I have no desire to damage the tourism of the area and lives of the local Fijians dependent upon this trade,’ she said.

‘However, Captain Cook Cruises Fiji should be applying safety standards consistent for such sea emergencies in the countries they operate outside Australia.’

The company refunded the family for the diving trip while the CEO has reached out to Ms Clark directly. 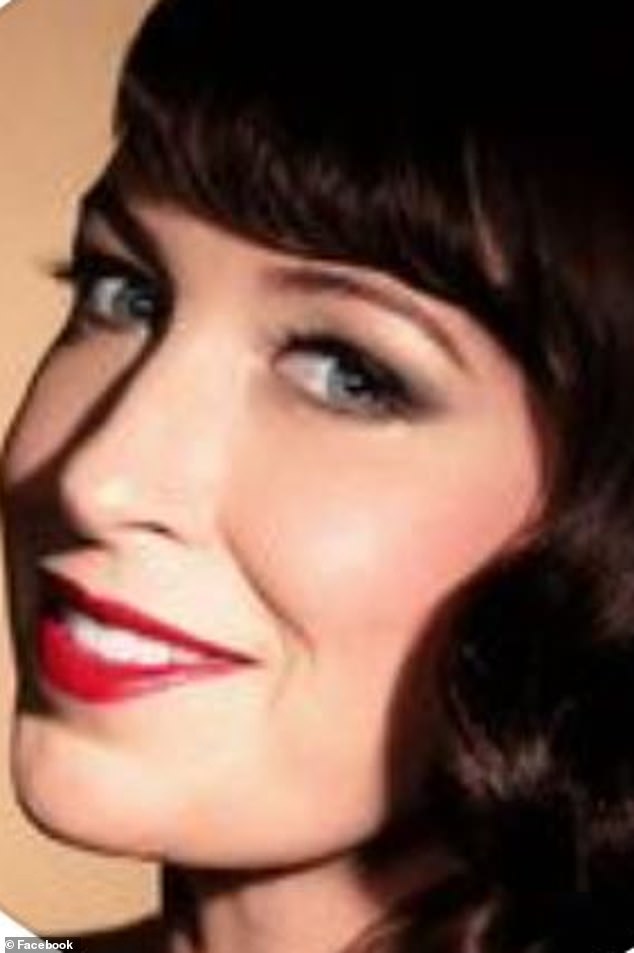 ‘The safety failures could have result in awful outcomes if not for a garbage collector. The experience really impacted our holiday and the initial lack of response from ship captain and company was disheartening,” Ms Clark said.

‘I’m glad that the CEO has taken the time to speak directly with myself about my concerns to ensure other diverse especially those in my age group are not at such risk.’

Captain Cook Cruises Fiji said in a statement the tender boat had blown away from the dive site and that conditions made it difficult for the operator to follow the divers’ bubbles.

The company added an internal review into the ‘unprecedented’ incident resulted in the amendment of ‘already tight’ safety procedures.