This year’s PARE recipients who will be presenting on their research at the event are:

Aobo Lic, College of Arts and Sciences, Department of Physics and Astronomy

Aobo Li is a postdoctoral research associate and COSMS Fellow in the College’s Department of Physics and Astronomy. He is described by his professors as a “rising star in the neutrino and nuclear physics community.” He leverages artificial intelligence to facilitate the experimental search of neutrino-less double-beta decay – part of an effort to explain why there was matter left after the Big Bang instead of only pure energy. His efforts to stay informed about new tools in machine learning (and immediately learn how to best apply them to experiments) has already led to several notable achievements. Li’s expertise and leadership provide a unique educational opportunity for UNC graduate and undergraduate students. 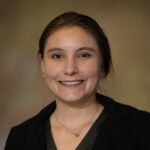 Sophie Maiocchi is a National Heart Lung and Blood Institute postdoctoral fellow affiliated with both the SOM’s Department of Cell Biology and Physiology and the Center for Nanotechnology in Drug Delivery, as well as an associated fellow of the Carolina Cancer Nanotechnology T32 Training Program. Her research focuses on studying how to deliver pharmacologic and biologic therapies, such as proteins and RNA, to treat cardiovascular disease and its clinical implications. She focuses on the development of nanoparticles, like those used in the COVID-19 mRNA vaccines, for the targeted delivery of therapies to damaged vessels and blood clots with the goal of healing vessels and dissolving clots. Maiocchi is described by her professors as an ideal postdoctoral research fellow that “thinks critically, is always expanding on her knowledge base, thrives working in teams, has grown considerably as a mentor in her time at UNC, and is committed to helping advance her field .” 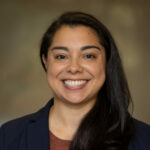 Laura Ornelas is a postdoctoral research associate in Joyce Besheer’s lab at the Bowles Center for Alcohol Studues. Ornelas is characterized as “an exceptional example of integrity and hard work” whose research is gaining much attention. She studies the neurobiological mechanisms that underlie sex differences in comorbid alcohol use and stress. Specifically, Ornelas focuses on characterizing and validating an animal model of traumatic stress and increased alcohol self-administration to better understand the neurobiological mechanisms that underlie PTSD and alcohol use disorders. In addition to her research, Ornelas has taken on mentorship roles in her lab, as well as serving as an advocate for promoting diverse groups in science and higher education. 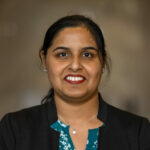 Nipun Saini is a postdoctoral research fellow in the Nutrition Research Institute under the mentorship of Susan Smith. Her professors say Saini’s “exceptionalism reflects a combination of brilliant insight, a fine-honed research focus, and sheer grit.” She researches nutrient-alcohol interactions in alcohol-exposed pregnancies, specifically the effects of alcohol-glucose metabolic interactions in the maternal-fetal dyad in a mouse model of prenatal alcohol exposure (PAE). Saini also leads a second project that studies alcohol-iron interactions in the PAE pregnancy model. The findings from this research highlight the potential contribution of alcohol’s dysregulation of maternal metabolism. 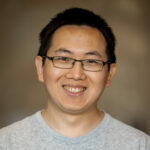 Wei Shi is a postdoctoral fellow in the lab of Frank Conlon in the Integrative Program for Biological and Genome Sciences. His studies aim to reveal the mechanisms underlying heart failure progression and cardiac tissue regeneration. He also contributed to the pioneering of the CHD4ᴹ²⁰²¹ mouse patient model, which was one of the first few generated at UNC by CRSPR-based technologies introducing a single-nucleotide substitution in the coding region of CHD4. His professors say he is “an outstanding and exceptionally promising” postdoctoral fellow whose work “has a high chance of developing novel approaches to clinical care.”