These are among the important reasons that our population is booming, the economy is growing and there is a record influx of tourists. Tourism expenditures were a record in 2021. Brunswick and New Hanover counties received $975.1 and $930.4 million, respectively, ranking 6th and 7th in revenue by county in North Carolina. These dollars support jobs, associated businesses and beach nourishment and add tax revenue.

Growth does, however, have some negative consequences. Increasing population and development have led to increasing infrastructure demands. But it has also led to ecosystem stress, and too often to a loss of green spaces. And once impaired or lost, their economic values ​​are reduced.

Natural areas/green spaces are economic drivers. They provide the community with abundant recreational and aesthetic benefits while also providing many undervalued ecosystem services including flood water storage, stormwater mitigation and buffers to storm surge, and they are highly productive ecosystems that provide both primary productivity and carbon storage.
.
New Hanover and Brunswick have protected some areas and should be credited for this work, but we have a chance to be even better stewards of significant land tracts that benefit the region in multiple ways. Preservation of Eagles Island is one of several opportunities to protect an important natural area in our community.

Eagles Island consists of 3,110 acres, with the southern, approximately 1,500 acres dedicated to the storage of dredge spoil material from the Cape Fear River. The remainder is mostly undeveloped and owned by a mix of private and government entities.

The island is surrounded by the Cape Fear and Brunswick rivers providing primary nursery areas for many finfish species, including the endangered Atlantic and Shortnose sturgeons. The island is primarily composed of marshlands with minor upland spoil islands. The wetlands are highly productive ecosystems with high biodiversity.

Eagles Island is also historically significant to our area with its former rice culture (Gullah Geechee heritage), naval stores industry, and rich maritime history that was and still is important to the growth of Wilmington and the region. The following references provide details on the above information:
• Eagles Island: A History of a Landscape
• Eagles Island Nature Park
• Eagles Island Update (YouTube video)

You are undoubtedly asking, what is the issue if Eagles Island is mostly an undeveloped area? The answer for Eagles Island, and other areas, is that development pressure is real and growing, and we have limited natural areas remaining in New Hanover County; Brunswick County is even more rapidly developing. On Eagles Island, development ideas include suggestions for mixed-use as well as a proposed hotel and spa south of the USS North Carolina Battleship. And even though Unique Places to Save is attempting to purchase this acreage, it is important that we highlight issues and best use of our lands.

I believe that the New Hanover County Planning Department’s scenario of limited use is most appropriate for Eagles Island. In fact, the Eagles Island Task Force has a plan that mirrors that scenario with ecotourism opportunities and a low-impact educational center that would complement our North Carolina treasure – the USS North Carolina Battleship.

Why is this the best plan? There are two primary reasons.

First, there is conservation of an important natural area that helps store and buffer floodwaters that could also provide ecotourism benefits like hiking, biking, birding, and kayaking. In addition, the educational site would highlight the culture and history of our area. Imagine a destination site for a full day of history, culture, education and ecotourism. The community, schools and the state would have a valuable nature park and visiting tourists would be supporting local businesses through food and lodging. Spend the Day, Stay the Night and More!

The other reason to minimize development is water; water makes Eagles Island special but also hazardous. Eagles Island, and much of the west bank, are in a compound flood zone, meaning there are multiple sources of flooding including river flooding from upstream, storm surge and high-tide flooding moving upriver, and local rainfall with stormwater runoff. 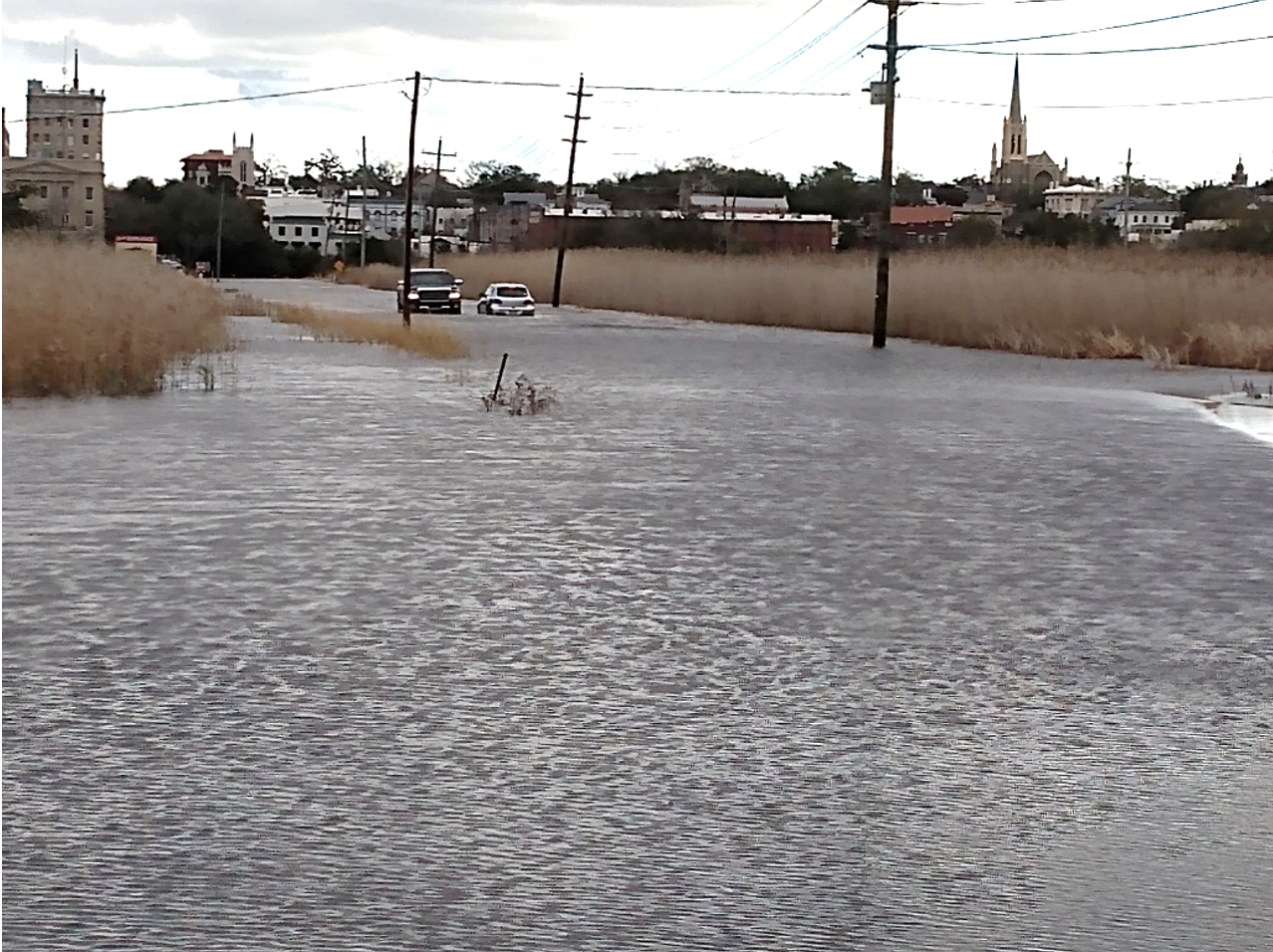 The 10th-largest flood event measured on Eagles Island was caused by high-tide flooding and onshore winds on Jan. 3, 2022. Water levels measured 2-plus feet above normal. This moderate flood event inundated the roads in and around the Battleship as well as on Point Peter.

Please note, this will be the everyday scenario in the coming decades based on NOAA sea-level rise projections.

There are other factors that are concerning for large development on Eagles Island: prevalence of wetland soils, accelerating sea-level rise, increasing numbers of high-tide flooding days and a high-water table. These issues lead to numerous management and safety concerns for large developments in this floodplain. In fact, the New Hanover County Unified Development Ordinance (Article 9) clearly states their concerns for public health and safety in these floodplains and have a goal of minimizing public and private losses due to flooding in flood prone areas.

The water will come; we need to learn to live with it as the Battleship does instead of in conflict with it. I ask that we consider the Limited Use Plan concept and couple it with the Eagles Island Task Force vision of a low-impact nature park, which would be a great asset to our area and a source of pride for years to come. it would be a win for the region.

Roger Shew teaches geology and oceanography at University of North Carolina Wilmington. He is a member of the Eagles Island Task Force.