MILWAUKEE — Milwaukee hopes to cash in on nearly $200 million in estimated economic impact and worldwide attention when the Republican National Committee (RNC) hosts its nominating convention there during the summer of 2024.

The Milwaukee Business Journal hosted a breakfast Thursday morning to get an idea of ​​how businesses in southeastern Wisconsin might benefit from the major political event.

Republican National Convention Chair Reince Priebus told attendees he and his team are “ahead of the game,” but also need patience from businesses.

That’s because the RNC can’t contract or enter into agreements with local businesses until after January when the party holds its election for chairperson.

When the time comes, how will businesses be able to get involved?

Many people wonder if money will reach every corner of the city and not just downtown. Part of the framework agreement with the City of Milwaukee does ensure that local businesses will benefit. However, Mayor Cavalier Johnson said he hopes businesses will utilize an online portal similar to how they did with the DNC in 2020.

“Basically, a clearing house website where they can post their information up and folks on the convention side know where they can send individuals to for hosting events like this—that, I think, is key,” Johnson said.

Could a security perimeter stifle business?

Another concern is if all the hustle and bustle will get in the way of doing business downtown.

Priebus said he wants to ensure access to the convention is easy, so security doesn’t stand in the way of showcasing downtown.

“The first thing I think about is how to deal with that security zone,” Priebus explained. “Having a sort of experience center here where it involves all of the businesses in Milwaukee that want to be involved, forces attendance and traffic inside of that experience, and just blow people away from the minute that they get there.”

Will businesses far from downtown benefit?

For the neighborhoods that lack businesses or aren’t close to the convention site at Fiserv Forum, the city’s visitors bureau is optimistic the money will still reach those places. 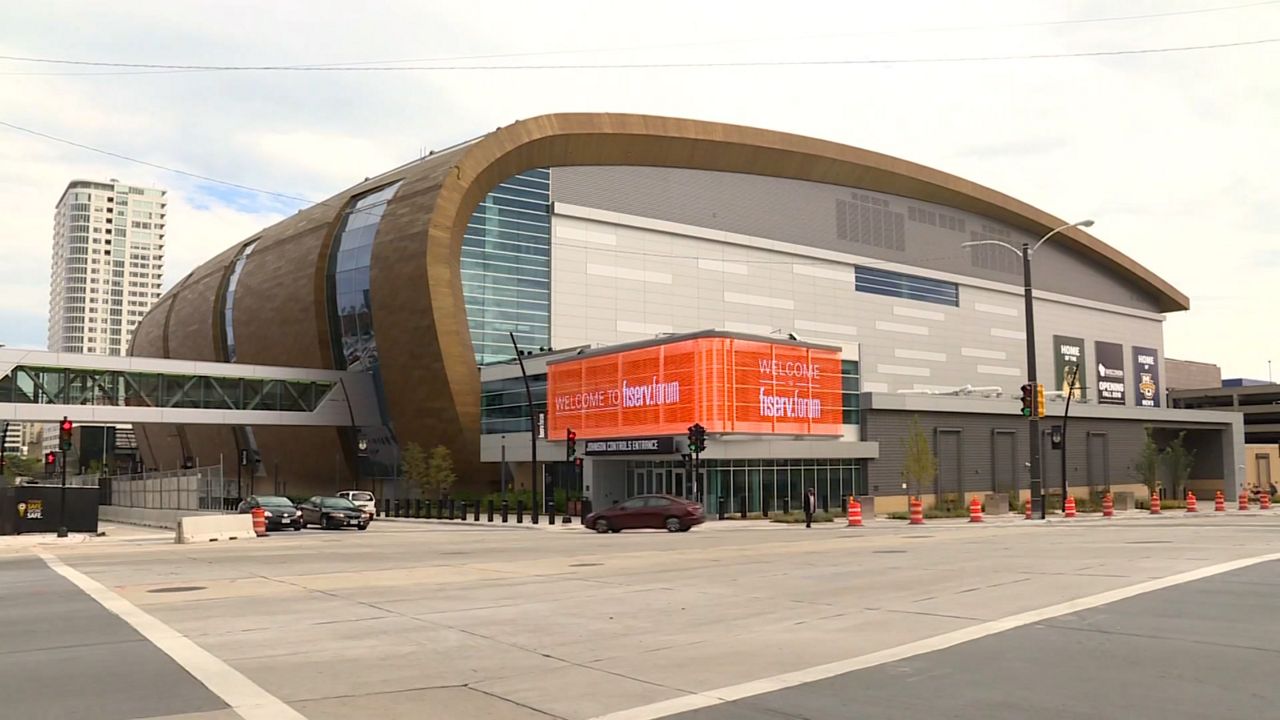 Fiserv Forum in downtown Milwaukee will be among the locations to host the RNC in 2024. (File)

“People who live throughout the city work in hospitality, 25,000 jobs, and those people will benefit directly from the money that’s being brought here, and then they’ll go out and spend that money,” VISIT Milwaukee President and CEO Peggy Williams-Smith said. “That’s what tourism does.”

With the potential for tourism to grow, Mayor Johnson said he hopes to use the opportunity to change Milwaukee’s reputation.

We also learned Thursday approximately how much more the host committee needs to raise ahead of the convention. Priebus said a “big chunk” of the $65 million needed has already been raised.

While Priebus declined to give a concrete figure, he indicated the total so far is beyond $20 million.

The names of those who will help lead the effort to bring the convention to Milwaukee were also announced Thursday. Priebus said former President Trump’s ambassador to the Czech Republic, Steve King, will be the CEO of the Republican National Convention’s host committee.