So many across the world, especially Black Americans, travel to Africa looking to connect with their roots and culture. 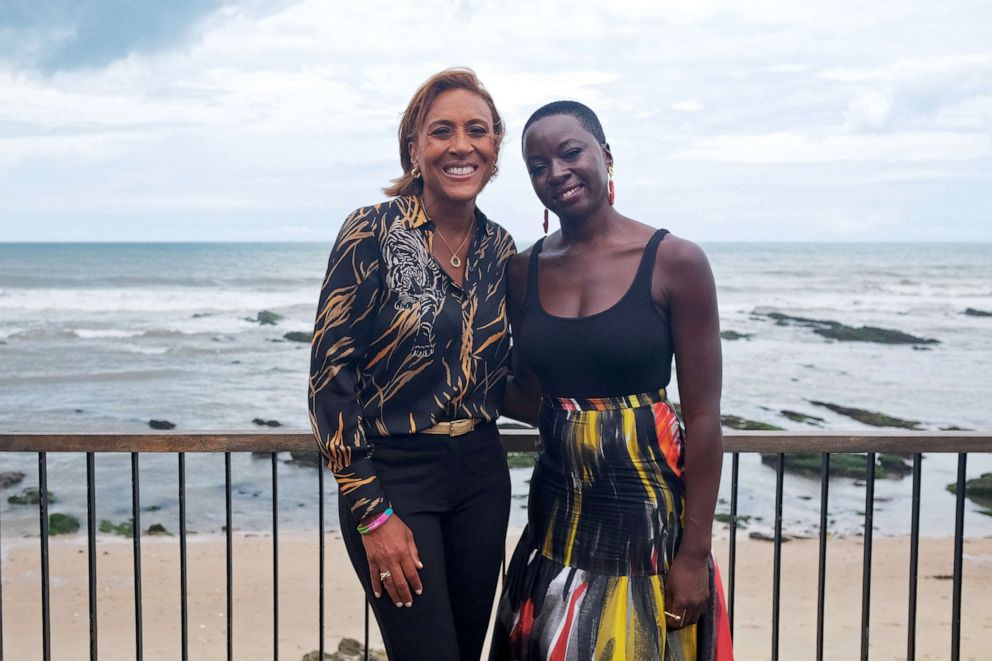 In 1957, Ghana became the first country in sub-Saharan Africa to gain independence from colonial rulers. Since then, the country has been leading the charge to make sure Africa is led by Africans and promoting the message of Pan-Africanism.

More than 33 million people live in Ghana and, recently, an influx of Black Americans have moved to the country. The group often refers to themselves as “repatriates” instead of expatriates, because some believe they are returning to their ancestral home, according to research done by the Pulitzer Center, which conducted a project that looked at the reasons why Black Americans left the United States to live in Ghana.

The project found that the upsides include a lower cost of living, but lack of job opportunities, less modern health care systems and language barriers prove a challenge.

“But overall, the Black Americans who move to Ghana say they feel a sense of freedom not having to think about race,” said Lottie Joiner, the researcher and grantee of the project.

A famous example of a “repatriate” is NAACP founder WEB Du Bois who, after spending a lifetime fighting for equality on behalf of Black Americans, moved to Ghana at the age of 93; he died there in 1963. 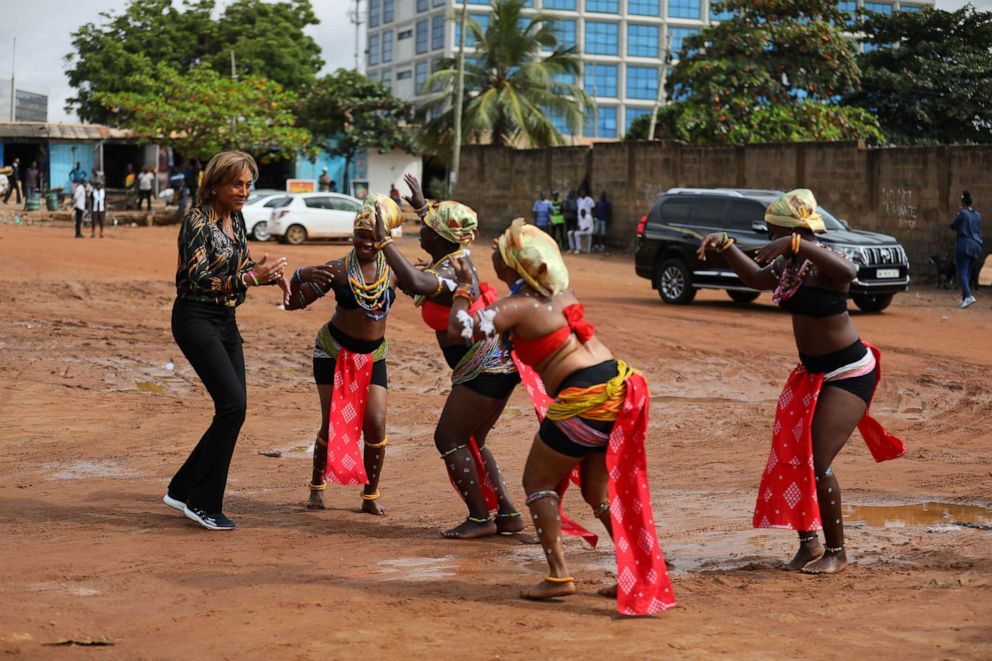 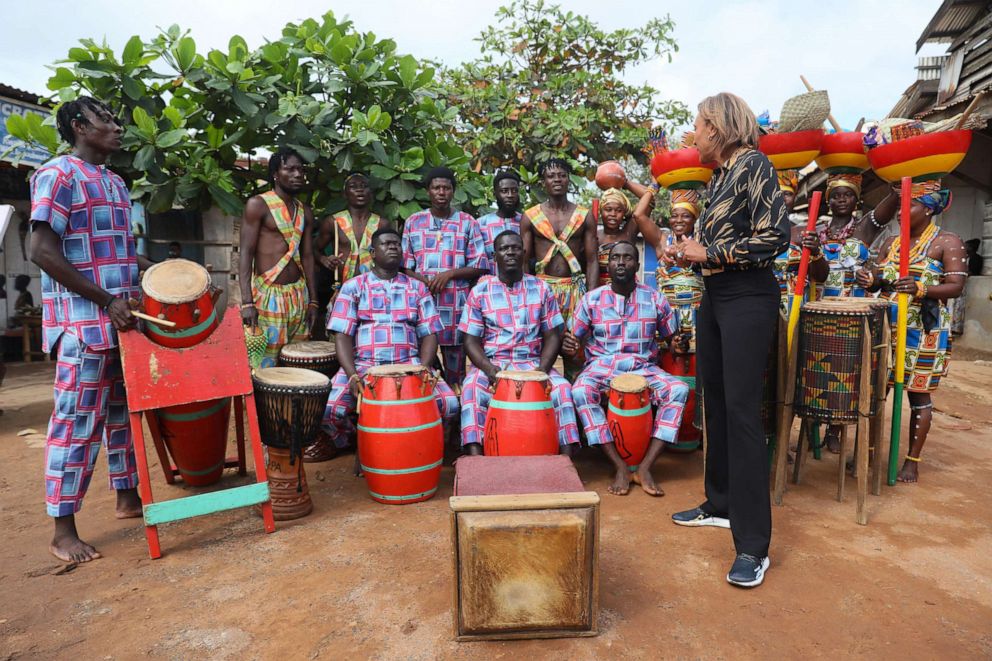 Rebecca Akufo-Addo has held the position of first lady of Ghana since 2017. 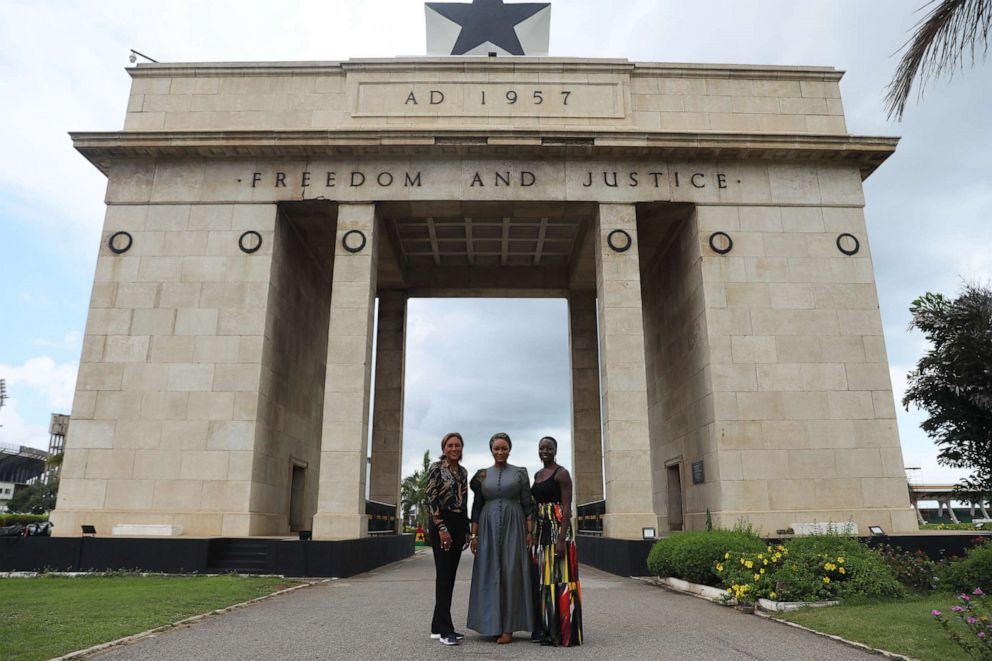 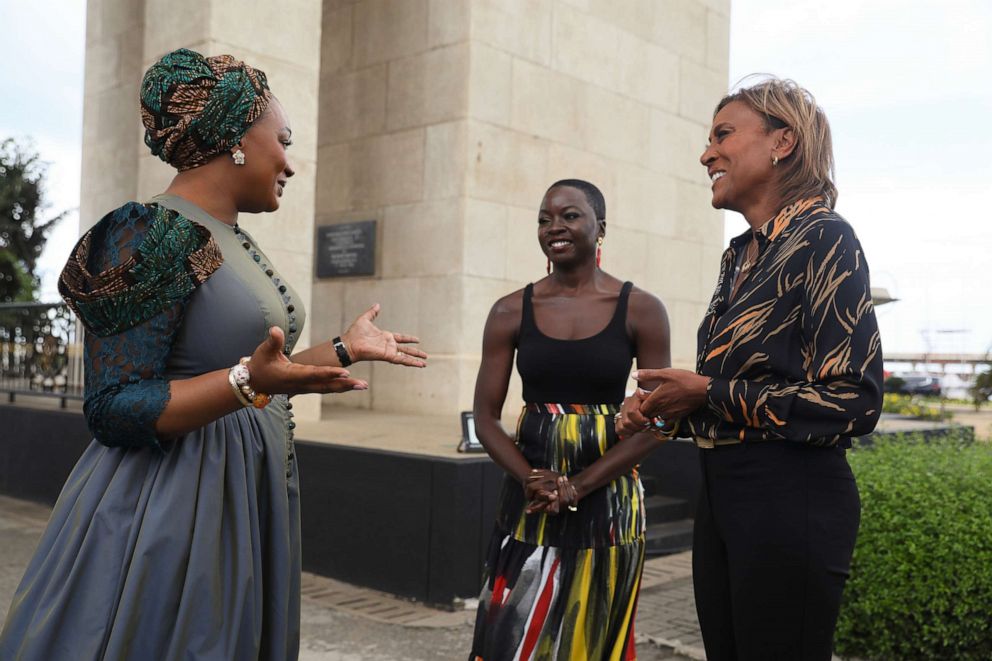 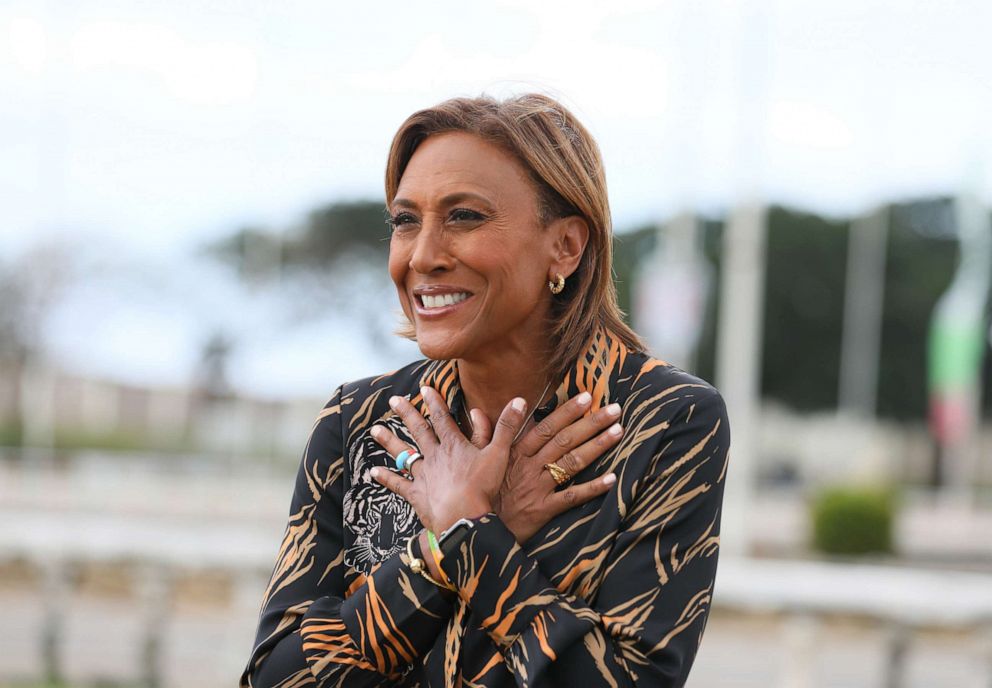 Learn about the past and future of fashion

Each colorful handwoven fabric has a meaning and Georgina, known as Miss Kente, shows how the cloth is made.

The Kente cloth is a global symbol that has been woven into the fabric of Ghana.

The cloth, which was first crafted in the city of Kimasi for African royalty, has become an essential part of the cultural DNA of the Ashanti people.

“It is our pride, it is what we live on, it is this is how we survive. You feel like your ancestors are with you, our forefathers are behind you,” said Georgina Kyei, who won the Miss Kente competition in 2018. 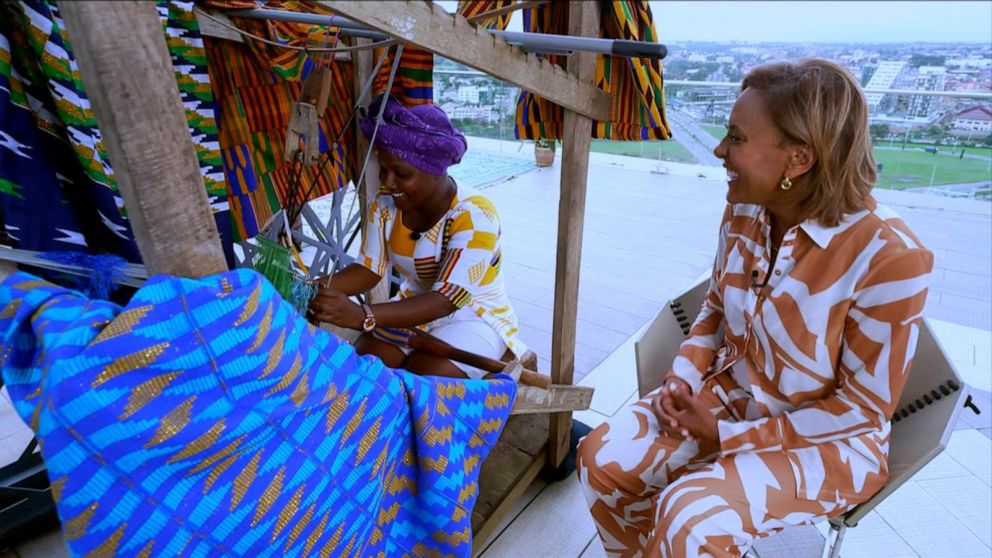 Each color has a different meaning and Roberts visited a Kente cloth village with Gurira where Kyei made a handwoven textile specially for “GMA.”

“We have two colors here blue and the yellow. The blue signifies or represents skies and the water bodies,” she told Roberts. “Yellow also signifies our wealth — and how proud we are in our rich minerals.”

Kyei continued, “Kente isn’t just any cloth, it has dignity, it has respects. It holds power and authority. I feel so glorious [wearing one]I feel like my ancestors and the whole of Ghana is behind me.” 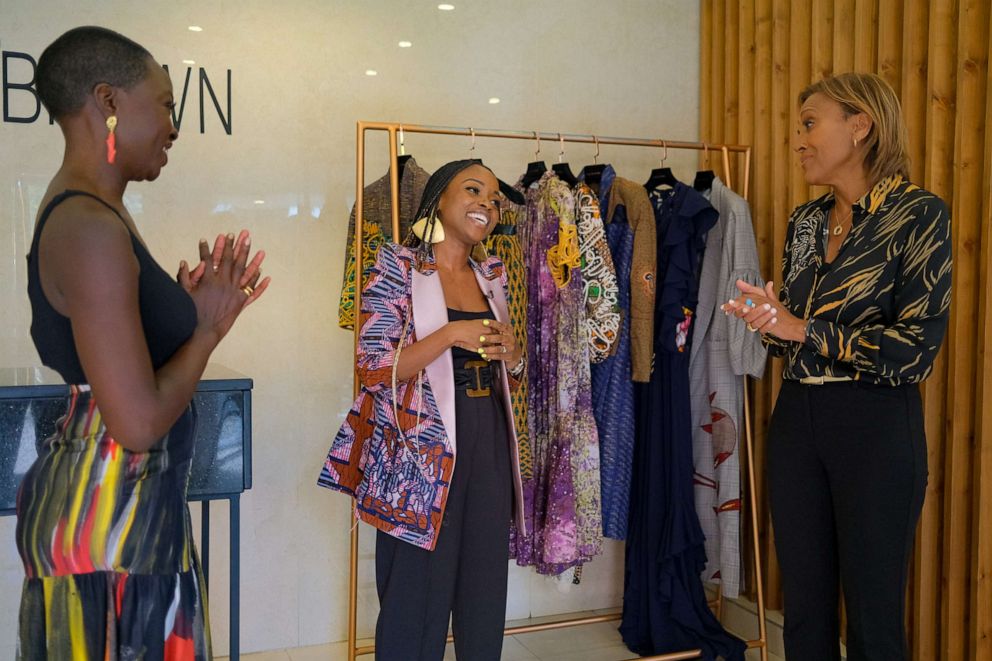 Each thread woven into the recognizable bold and bright colors has a special meaning.

“The red is the blood in which our forefathers fought for this nation. The yellow in it means a land of rich of minerals,” a local weaver told Roberts.

Now, the Kente cloth, among other staples of African heritage, is being kept alive by up-and-coming fashion designers like Baboa Tachie-Menson, the founder and CEO of Balmlabs.

“I was very interested in sustainability and how the fashion design process can be faster, [and] less expensive, less wasteful,” said Tachie-Menson, who has been able to shorten her company’s production process from two weeks to five days. 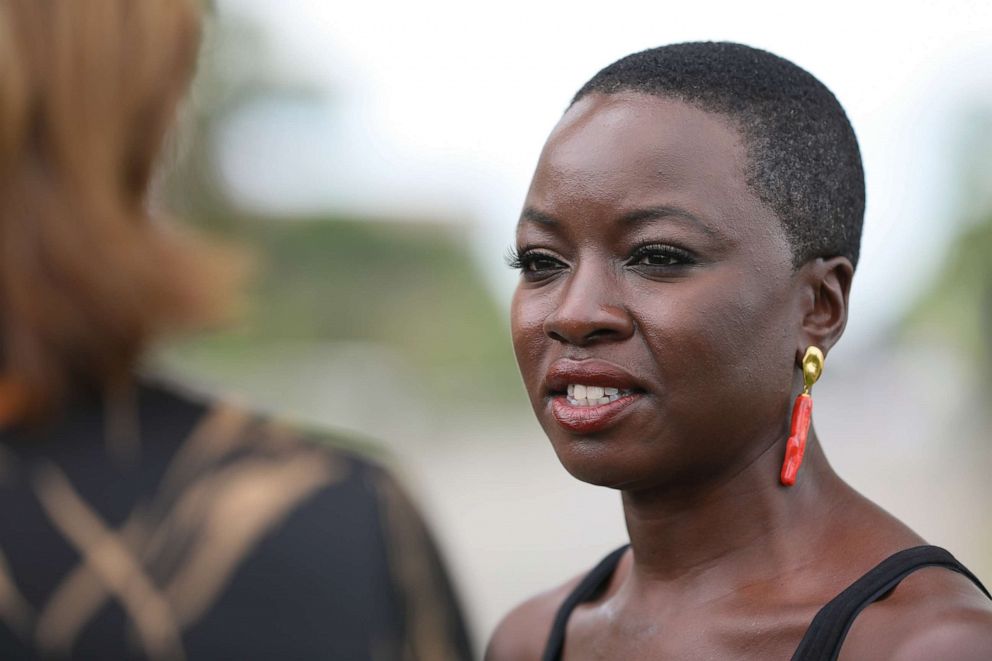 Tachie-Menson has a goal of reducing waste in the fashion industry by using digital technology and hopes that it will inspire other companies in Ghana to do the same.

“If more companies use the software, they reduce the number of bad products they make. Because you get to visualize your garments before you actually make the first physical sample,” Tachie-Menson said. “You can see any problems that will come up. Any fit issues, draping issues. You get to see how the fabric moves.”

Balmlabs has recently collaborated with a luxury boutique called Christie Brown run by Aisha Ayensu. Both women are leading the way for West African fashion.

“When a woman feels a confidence from within, there is nothing she can’t achieve,” Ayensu said.

The influence of “Black Panther” on future development

Gurira hosted the event and welcomed 20,000 fans in person with additional people tuning in worldwide.

“It’s always been about celebrating activists who are doing amazing things across the globe,” Gurira explained of why she was eager to host this event. “The gathering of the talent that was here .. there’s been so much amazing attention to African artists.”

“GMA” anchor Robin Roberts talks to people who are visiting Ghana to connect with their country’s history.

The American-Zimbabwean actress, known for her role as Okoye in “Black Panther,” said the movie gave the continent “attention from the world that I think it was ready for.”

“The world was ready to take in Africa in a whole new way,” she explained. “That shows our specificity, our excellence, our diversity, our coolness.”

She said Ghana’s mission is to thrive as a cultural hub and tourist destination, but also as a place to call home.

An estimated 5,000 African Americans have relocated to Ghana over the past two years, including podcast host Demetria Lucas.

With cranes visible in the skyline, “I feel like I’m living in the middle of a renaissance,” she said.

African leaders on Cape Coast hope to create that renaissance, which has in part been influenced by the success of the hit Marvel film with proposals like “Wakanda One” that envisions bustling futuristic cities that honor the history and embrace what’s to come.

“[We] because to make sure Wakanda One is futuristic, it’s a sustainable energy city — there is hope for change and we have to teach our children,” artist David Alabo told “GMA.”

While showing a piece of his art to Gurira, he said, “I was thinking about how can I reinterpret classic tarot cards in an African perspective. Obviously I had to put the Black Panther in — because those movies have been a massive inspiration for me.”

The newly built freedom skate park is another new space designed to connect the young people of the capital in Accra to the arts.

“This wall includes all the names of everybody who has helped create this place,” Alabo pointed out. “Virgil Abloh — may he rest in peace — we got Kendrick Lamar here the other month — it inspires us when you see what we are trying to do as well.”