The surge in children’s respiratory illnesses, including rhinovirus and enterovirus, is pushing pediatric emergency departments and health systems toward capacity in some parts of the country.

Infectious disease experts say they are seeing a higher-than-expected rate of certain pediatric infections other than COVID-19. There is no one reason for this uptick, but factors include time of the year and relaxed pandemic restrictions.

Hospitals across multiple states — including Washington, Colorado, Texas, Ohio, Louisiana, New Jersey and Massachusetts — have told ABC News they are feeling this crush and expect things to worsen as the school year proceeds and winter approaches.

There has been a particular upward trend in respiratory viruses, along with the background of COVID-19 and other standard viruses, Woodward said, adding that he expects the coming RSV and flu season to further amplify the trend.

“While we’re still seeing some patients requiring hospitalization specifically with COVID-19, other respiratory and gastrointestinal illnesses are making our patients sick,” Woodward said. “We are already seeing significant viral activity, which we expect to increase as kids are now back in school and the winter viral and flu season is approaching.”

Enteroviruses can cause respiratory illness ranging from mild — like a common cold — to severe, according to the Centers for Disease Control and Prevention. In rare instances, severe cases can cause illnesses like viral meningitis (infection of the covering of spinal cord and brain) or acute flaccid myelitis, a neurologic condition that can cause muscle weakness and paralysis.

RSV — or respiratory syncytial virus — can also cause mild, cold-like symptoms, and in severe cases, can cause bronchiolitis or pneumonia, according to the CDC. “Most people recover in a week or two, but RSV can be serious, especially for infants and older adults,” the CDC says.

Seattle Children’s is seeing more than double the number of respiratory visits associated with the rise in rhinovirus than they have at any time in the past year — statistically significant, Dr. Russell Migita, attending physician and a clinical leader of emergency services at Seattle Children’s Hospital, told ABC.

They’ve also seen an early rise in RSV, Migita said. “In typical years, RSV starts to rise in November and peaks in February. Last year, it started in August. This year, September/October.”

Woodward added that “wildfire smoke has also exacerbated respiratory and other health concerns for many children in the region.” 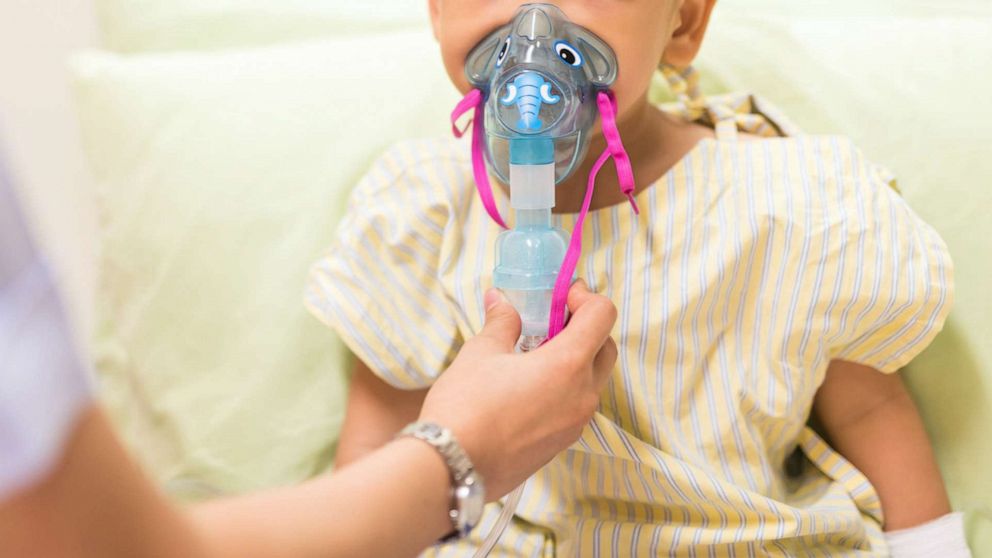 A nurse administers inhalation therapy to a pediatric patient in a stock photo.

In response to the recent emergency department surges, Woodward said the hospital has increased physician staffing and opened additional beds.

In Colorado Dr. Kevin Messacar, infectious diseases specialist at Children’s Hospital Colorado and associate professor at University of Colorado School of Medicine, told ABC they’ve been grappling with a significant uptick in enterovirus D68 for about the past two months.

“This year has been a very significant year in terms of an uptick,” Messacar said. “Many hospitals throughout the country servicing children are very busy and very full. Still providing great care to the kids who need it, but we are all on the lookout for the aftermath of this respiratory wave.”

In an advisory to pediatricians and hospitals shared with ABC News, the New Jersey Department of Health warned of increasing levels of enterovirus and rhinovirus activity earlier this month, and noted the state is seeing a similar “surge” like other parts of the country.

A spokesperson for the department said they are “monitoring and watching hospitalizations and Pediatric Intensive Care Unit census daily throughout the state,” adding that officials have planned a call with hospitals “to assess pediatric capacity” amid the surge.

“Approximately two weeks ago we started to see the numbers steadily rising, and the ICUs were starting to hit capacity with these kids coming in with respiratory symptoms,” Hasan said.

It has impacted asthmatic children and those with chronic lung disease particularly hard, but there have also been kids without any major underlying conditions who “seemed to have a pretty significant illness progress in a short period of time,” Hasan added.

Children with chronic lung disease, premature babies and kids with asthma are considered especially high risk. Families of kids with asthma should have an action plan with how to deal with an asthma exacerbation if they become ill, Hasan said.

With regards to capacity, Hasan noted that staff had been in communication with state officials “to figure out which sites have ICU beds available to make sure these kids coming into the ER setting are getting accommodated.”

One bittersweet silver lining of the pandemic, Hasan said, was how it had drilled hospitals and doctors on how to implement surge protocols and react to emergencies quickly, through COVID’s many intense waves — something has helped them handle the influx in respiratory cases of late . While hospitals are still understaffed and many doctors are grappling with burnout, they’ve been able to figure out ways to shuffle limited resources around where they’re needed most, and how to stay nimble with shifting beds, patients and staff around fast.

“I think one good thing that came out of COVID — if I can say that — is we’ve learned to plan ahead of the game,” Hasan said. “When we started seeing the numbers of patients showing up in the pediatric ERs rise and ICUs starting to fill up with kids, we got together pretty quickly to come up with a plan.” 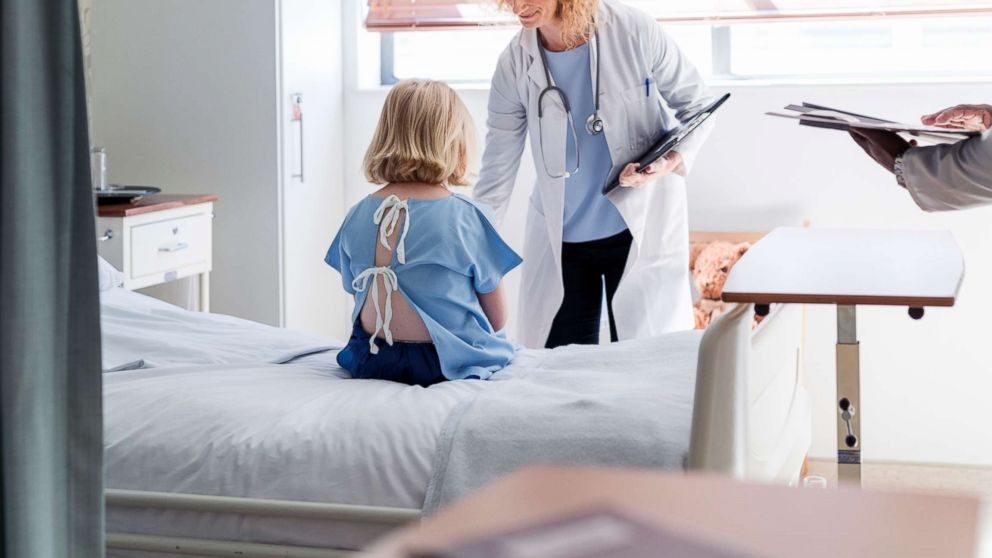 Still, that plan could be threatened as the country heads deeper into fall, flu season, and RSV season — not to mention additional surges of COVID-19.

“The biggest worry is that we may see a concomitant rise in all these respiratory viruses — and whether we will be able to accommodate the kids who are coming in with severe respiratory symptoms,” Hasan told ABC. “We’re bracing ourselves for what’s next to come.”

Ochsner Health in Louisiana is also seeing an “influx” of children’s respiratory infections.

“Like other hospitals across the region and the country, Ochsner Health is currently experiencing an influx of viral pediatric respiratory illnesses,” Dr. William Lennarz, pediatrics system chair of Ochsner Health, told ABC News in a statement.

“Our Emergency Department volumes have seen an increase due to the flu virus and other normal seasonal respiratory viruses like RSV,” Lennarz said. “We are closely monitoring cases of respiratory illness and have a model in place to accommodate increased patient numbers and resources needed to care for these patients.”

The Boston area, meanwhile, has seen a similar spike in pediatric respiratory illnesses.

“Reduced population-wide immunity, the dropping of COVID mitigation efforts and increased mixing in schools and daycares is likely responsible for driving the surge in pediatric cases of acute respiratory illness both in our region and nationally,” Boston Children’s Hospital chief innovation officer and ABC News contributor Dr. John Brownstein said, adding the challenges of emergency department and inpatient capacity, alongside staff shortage, are “only adding more fuel to this fire.”