The 60.15-meter superyacht Mia Elise II from Trinity Yachts has entered the market. The Mia Elise II yacht was introduced in 2012 and has undergone years of diligent maintenance. She was extensively renovated in 2022, completing her ABS 10-year survey, and is now offered turnkey.

Mia Elise II, originally known as Areti, was the first Trinity superyacht to surpass 60 meters when she was delivered. Her American manufacturer had successfully tapped into the 50–60-meter market since the turn of the millennium with a number of exceptional yachts. 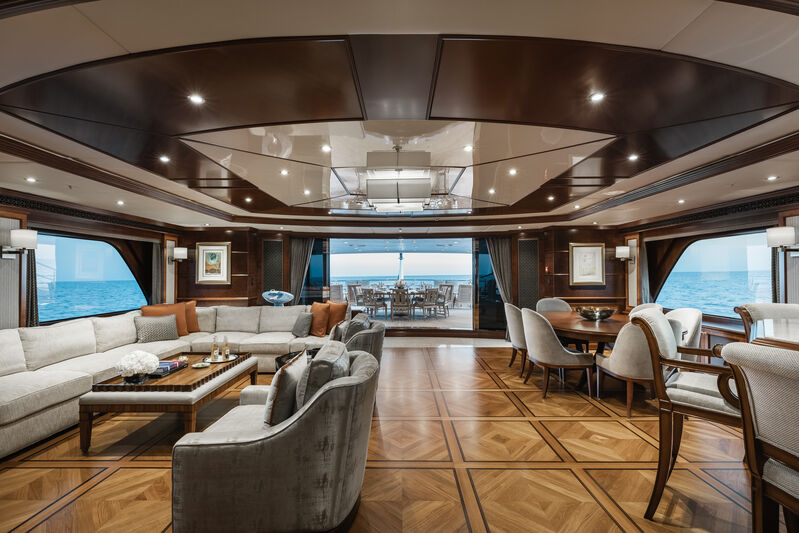 For the exterior styling of this yacht up for sale, Trinity’s in-house naval architects collaborated with Geoff van Aller and chose a front superstructure that cascades and is accented by tiny windows. The bridge on the main deck overlooks the bow and is used for tender storage, while the owner has a small private deck on the upper deck forward. 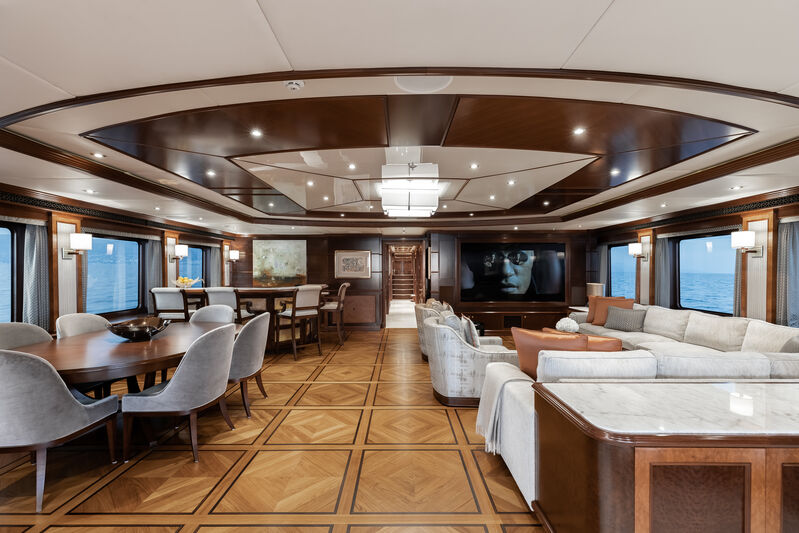 Six bedrooms can sleep up to 12 people, she has a strong track record as a charter boat. Her interior design was done by the Patrick Knowles studio, who also gave her mahogany and Pacific Northwest madrone paneling with cherry burl inlays all over. 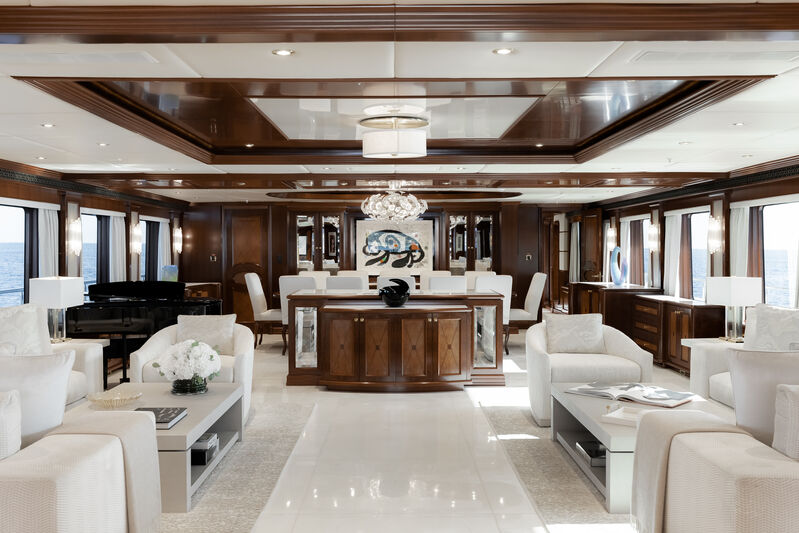 Following internal upgrades, the Fort Lauderdale-based Yacht Next Design enhanced her interior spaces with white marble flooring and neutral silk rugs on the main deck and teak parquet on the upper deck. 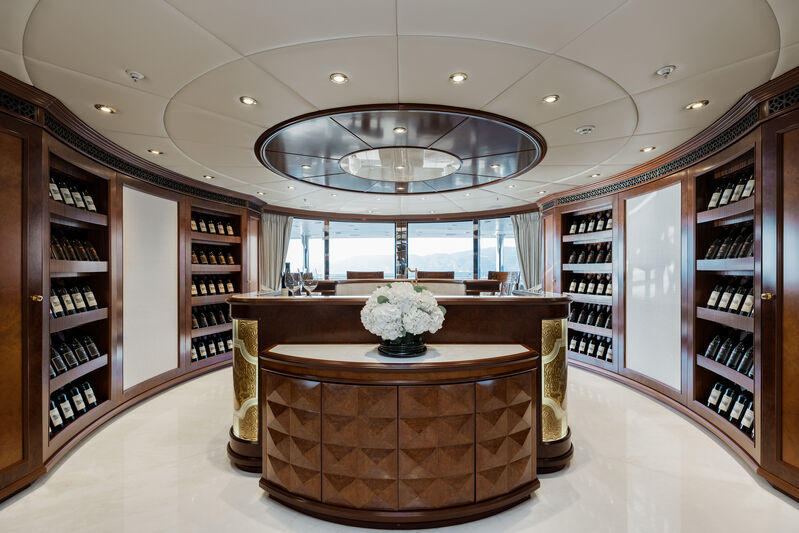 Mia Elise II is described as having a “traditional but new ambience with an American classic twist.” The superyacht has a wide beam and 916 GT, giving her nearly the same capacity as two boats that are 50 meters long. 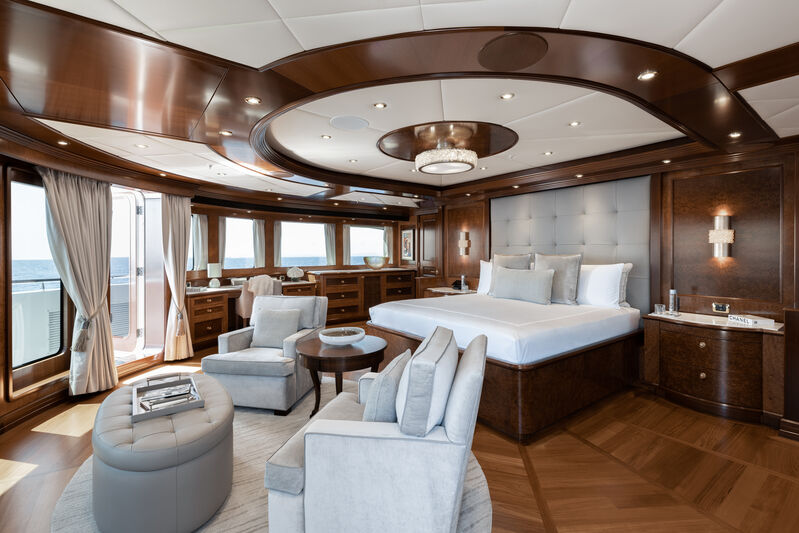 Patrick Knowles devised a well-thought-out general arrangement that makes great use of her extensive deck spaces and generous interior volume.

With a spa and gym, a cinema, a beach club, a private owner’s deck, and a variety of water toys, the superyacht Mia Elise II is packed with luxuries. All three decks of the Trinity Yacht for sale are accessible by elevator. 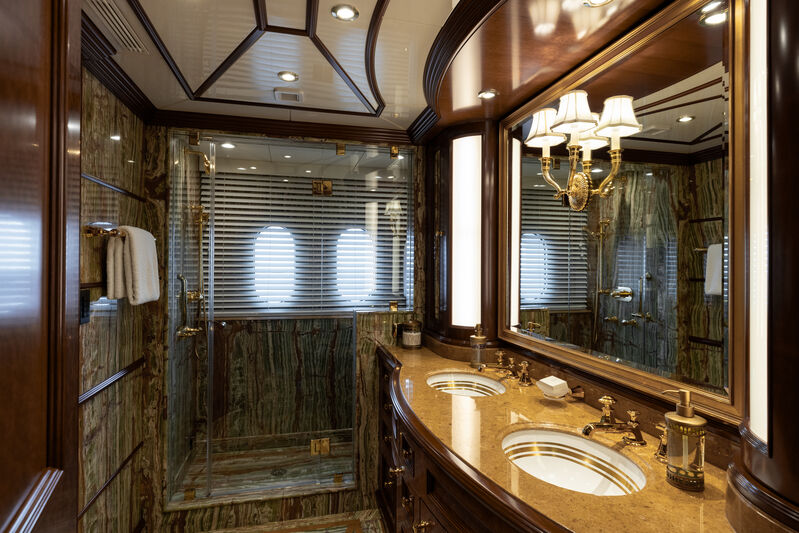 Mia Elise II can travel at a top speed of 15 knots and a cruising speed of 11 knots thanks to the twin CAT engines that power her. The superyacht has a remarkable 3,500 nautical mile range when sailing. 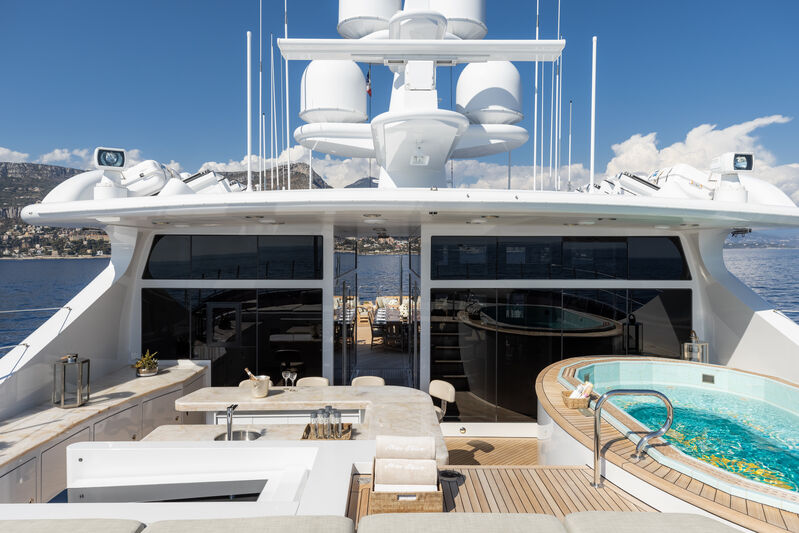 She is one of the largest yachts in the world capable of accessing the Bahamas since she is built of aluminum and has a 2.8-meter draft. Since 2015, Mia Elise II has traversed the Atlantic 14 times.

All of her refits and maintenance appointments over the years have been completed by Derecktor Shipyards in the United States. The Mia Elise II’s most recent restoration, finished this year, comprised a thorough repaint of her hull and superstructure, her engines maintained, her generators rebuilt, and all lighting upgraded in addition to her new $2,000,000 audio visual system, installed between 2020 and 2021. Additionally, the superyacht’s tender garage was restored, and many interior and exterior improvements were done. 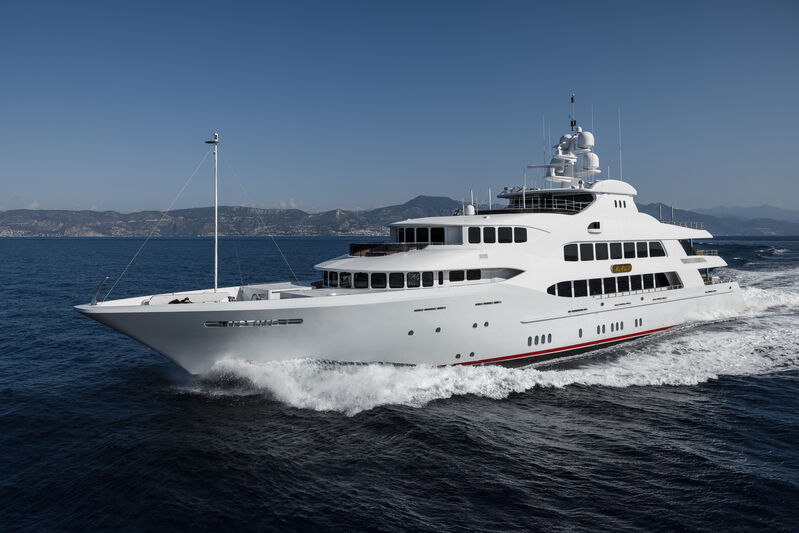