Dundee Heritage Trust has today reopened its doors to unveil a dramatic upgrade to the gallery and previously inaccessible dome area of ​​the iconic Riverside exhibition to create a new public gallery with a 360° panoramic view over the city and the River Tay.

Thanks to funding from the Tay Cities Region Deal, the space now includes a highly visual and virtual experience, the Discovery Dome, transporting visitors through historic Dundee, with Alan Cumming’s recognizable voice narrating the journey.

Renovations began in Summer 2021, transforming the layout of the gallery space within the visitor center. A well-known silhouette on the Dundee cityscape, the vaulted dome area, inaccessible until now, has had a suspended floor, elevator, staircase and impactful art installation, Gaia, installed in the upper cupola of the Discovery Point building. 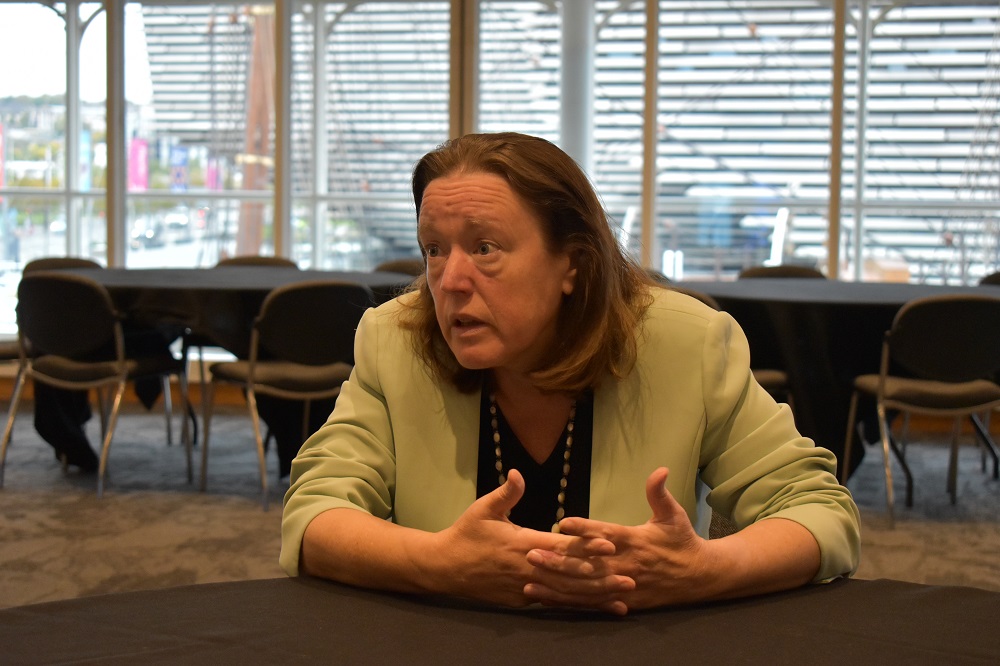 Deirdre Robertson, CEO at Dundee Heritage Trust, told SCN about the origins of making use of the dome as a viewpoint.

“Well, interestingly, it’s been an idea that’s been around for years,” she said. “One of my colleagues found an internal newsletter going back decades when they had announced that they’re going to do something with the dome, so it’s been a kind of pipe dream for a really long time.”

Deirdre added: “When I came in as chief executive in March 2019, my colleague Mark Monsey, who was operations director at the time, is somebody I would credit for the idea of ​​it, but getting us to this point has very much been a team effort.” 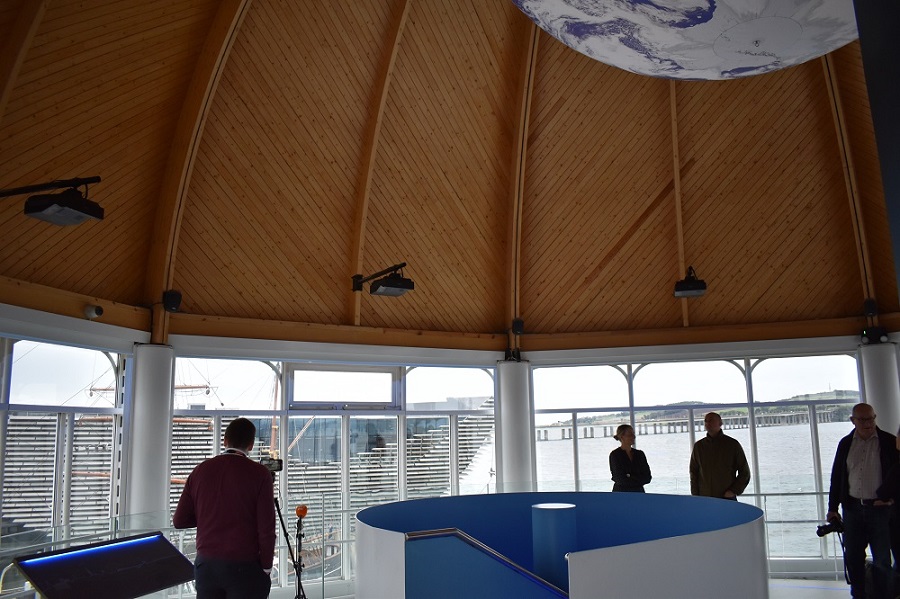 Architects Aim Design have been working with Dundee Heritage Trust on previous upgrades to the building and were brought on board once again with this latest phase. Unveiling proposals back in 2020, the practice had hoped to refurbish and extend the venue, home to the iconic research ship RRS Discovery since 1993, adding five fresh mini attractions and substantially altering the building to make it more energy efficient and provide views of the River tay.

Deirdre said: “We’ve had a constructive relationship over many years with Aim Design, it feels like they are part of the team, to be honest with you. They’re just fabulous.” 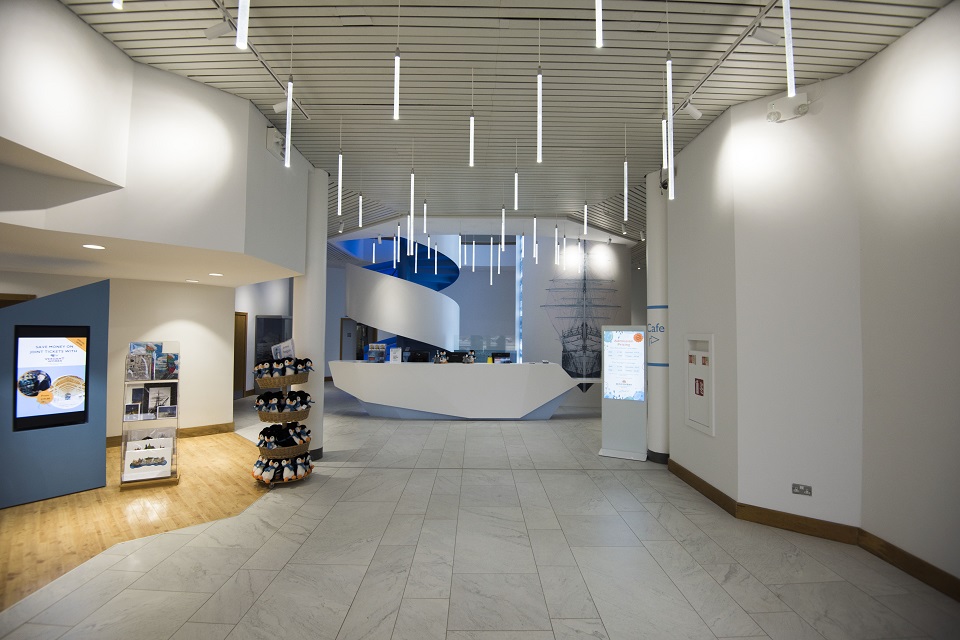 Adding to the visual experience, one of renowned British artist Luke Jerram’s famous Gaia designs, which typically tours around the UK, will be permanently housed in the dome, set to wow visitors for decades to come. The National Fund for Acquisitions and Art Fund supported the Trust with the acquisition of Gaia, a 3D Globelike artwork measuring 3.75 meters in diameter and created from 120dpi detailed NASA imagery of the Earth’s surface. The artwork provides the opportunity to see the glowing planet, floating in three dimensions, allowing guests to clearly visualize Antarctica and the distance of the expeditions Discovery made.

The launch of the new and improved attraction coincides with the 30th anniversary of the dry docking of the vessel, when the ship was moved from the Tay into the purpose built dry dock, where it remains on display today.

Built in Dundee in 1900, the RRS Discovery was the first ship specifically designed for scientific research in Antarctic regions and was first launched from Dundee a year later in the first of three major scientific expeditions. 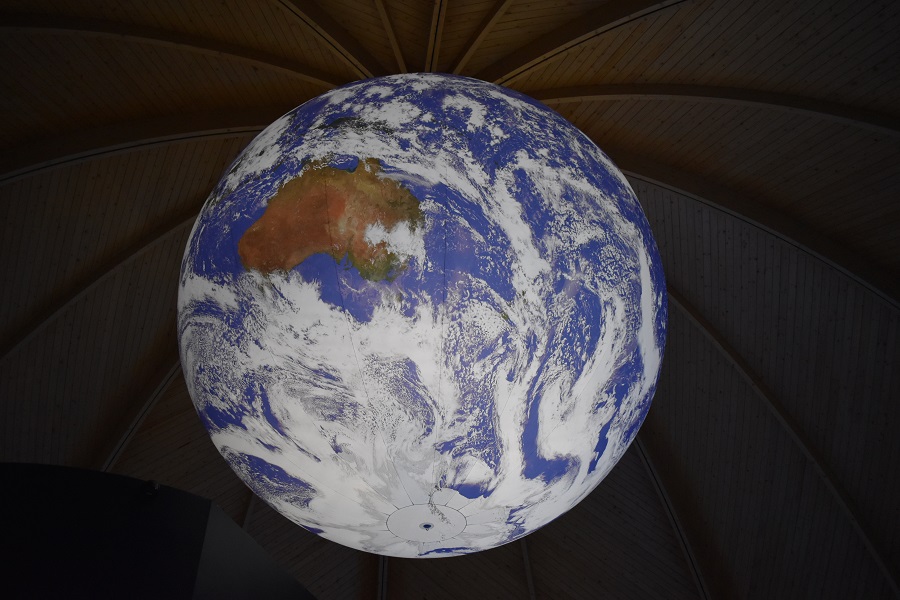 Another phase of upgrades is in the pipeline, focusing on the RRS Discovery itself as well as the energy efficiency of Discovery Point.

“The priority for our funding is the ship first and foremost, we have to ensure that we take care of it,” said Diedre. “Just yesterday we agreed to put together our 100-year plan for the ship so that that is our top priority. We’ve got funding for urgent work on the ship, which is very specialist construction work, and then we can make sure that we’ve got the best possible future for her because she’s a world heritage asset and we’re only the temporary guardians .”

“This building, though, certainly helps us as a self-funded charity, it means that we’ll have to have as many diverse sustainable income streams as we can. The dome experience was part of that trying to expand that offer and the other side would have to keep our costs down as much as possible. That takes us on to what the next phase priorities will be because this building is horrific in terms of its energy efficiency and that’s a real problem for us.” 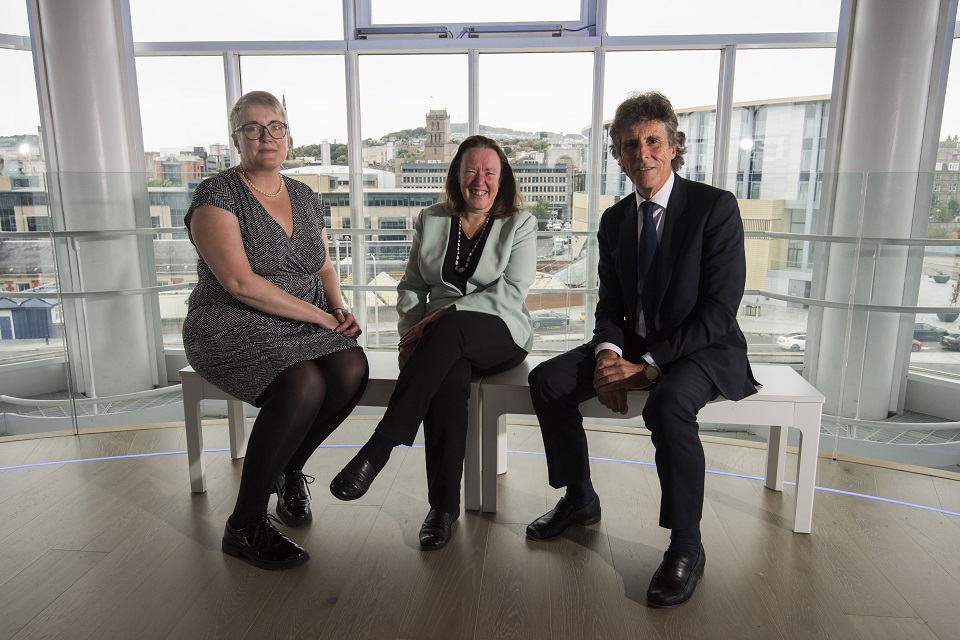 Further down the line, a zinc-clad extension to form a new cafe that offers 180° views of the River Tay was planned but increased construction costs may yet see this changed.

Deirdre Robertson said: “We had a plan originally for an extension, but we’ve got costs going 20 to 30% and funding is not going up by 20 to 30%. As a result, we may have to re-engineer that project.”

The 26 Tay Cities Region Deal projects submitted require investment of £700 million of which £300m over 10 years is being put in by the UK Government and Scottish Government, subject to final approval of robust business cases. If every project and program set out in the submission is funded and delivered, up to 6,000 job opportunities could be created across the tourism, food and drink, creative industries, eco innovation, digital, decommissioning, engineering, biomedical and health and care sectors. 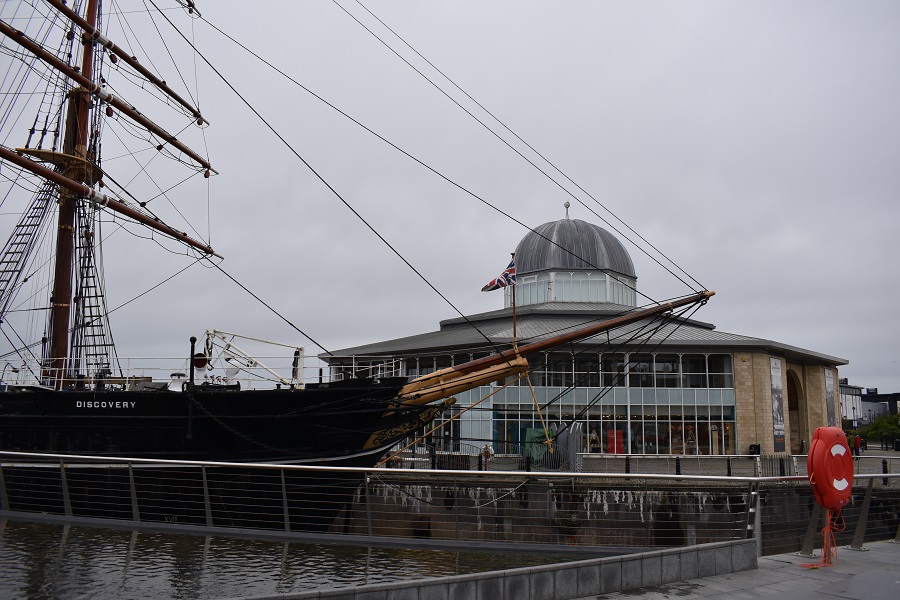 Discovery Point alongside the RSS Discovery

The Minister for Business, Trade, Tourism and Enterprise, Ivan McKee, said: “The RRS Discovery occupies a special place in the history of polar exploration more than a century ago and I welcome the upgrading of the visitor center as part of the Scottish Government -funded Tay Cities Region Deal. This will help encourage the sustainable growth of tourism in tandem with our transformation of the economy.”

Funding also came from ScottishPower Foundation which supports projects to make a significant and lasting contribution to society and enhance the quality of life in local communities across the UK. This year’s funding investment sees the Foundation hit the milestone of £10m in grants awarded since the Foundation was established in 2013.

Deirdre Robertson added: “We’ve been thoroughly looking forward to reopening the doors to the new and improved experience, welcoming returning locals and visitors alike. The Discovery Dome is an incredible visual experience, not to be missed. The city is bursting with history but to be able to immerse yourself in old Dundee with such accurate visuals and interesting details is very special. This improvement has made the RRS Discovery and Gallery a must visit attraction in Dundee and Scotland.” 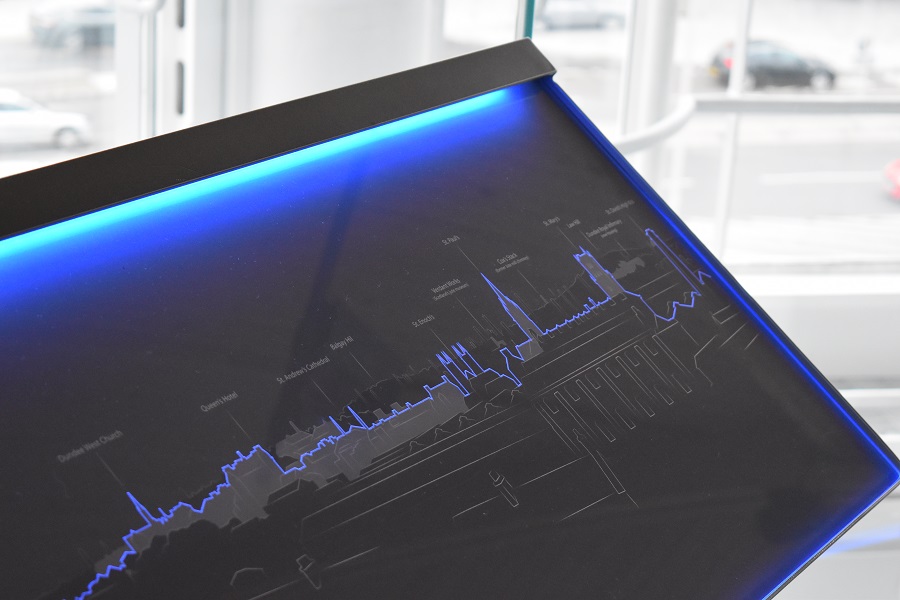 Dundee Heritage Trust received investment via the Tay Cities Region Deal to fund the renovations to the Discovery Dome and gallery. The Tay Cities Region Deal is a partnership between local, Scottish and UK governments and the private, academic and voluntary sectors which seeks to create a smarter and fairer Angus, Dundee, Fife and Perth & Kinross under the headings Inclusive Tay; Innovative Tay; International Tay; Connected Tay, and An Empowered Tay.

Councilor Beth Whiteside, Chair of the Tay Cities Region Deal joint committee, said: “It’s wonderful to see how Tay Cities Region Deal funding is helping to create new opportunities and further enhance the region’s culture and tourism economy. The latest visual and virtual transformation at Discovery Point creates a unique offering for visitors to enjoy as they explore Dundee’s rich industrial history and recognizable landmarks when they visit the city.”