A Colombian man is all set to hit the road across South America and create long-lasting memories with his two huskies after resigning from his job of 10 years in finance.

Alejandro Álvarez sold off his home in the Medellín town of San Antonio de Prado along with his car and motorcycle in order to live out a dream that he has dubbed: ‘Life is a journey.’

‘Leaving the material belongings behind has not been the most difficult thing to do because I have always been detached from that,’ the 33-year-old told DailyMail.com. ‘In fact, when I decided to resign, I did it without paying it any mind. I started selling everything I had to achieve this great dream.’

Alejandro Álvarez quit his job of 10-years with a finance firm in Colombia to travel across Colombia and South America with his two pet huskies, Celeste (bottom left) and Alaska (bottom right) 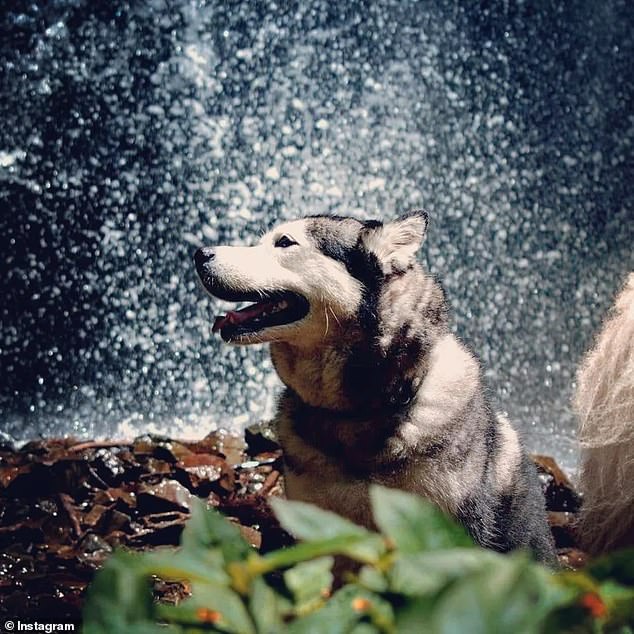 Alaska, one of the two huskies that will join Alejandro Álvarez on a dream road trip across his native Colombia and several other countries in South America 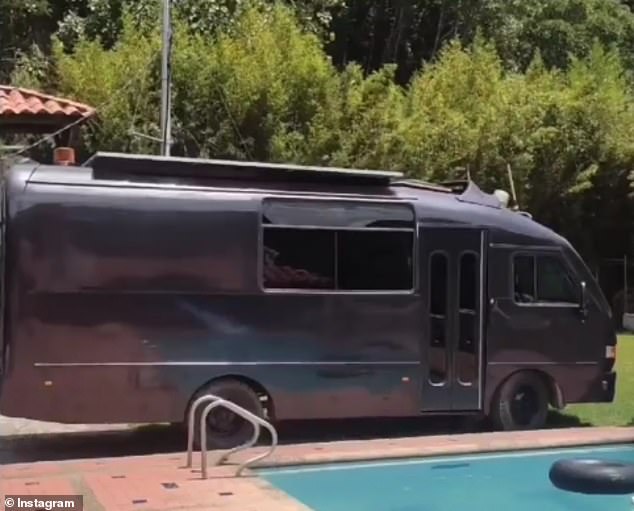 Alejandro Álvarez told DailyMail.com that he purchased the from four months ago and has spent $40,000 to remodel it. The van features solar panels for energy, a shower, kitchen, bed and closet 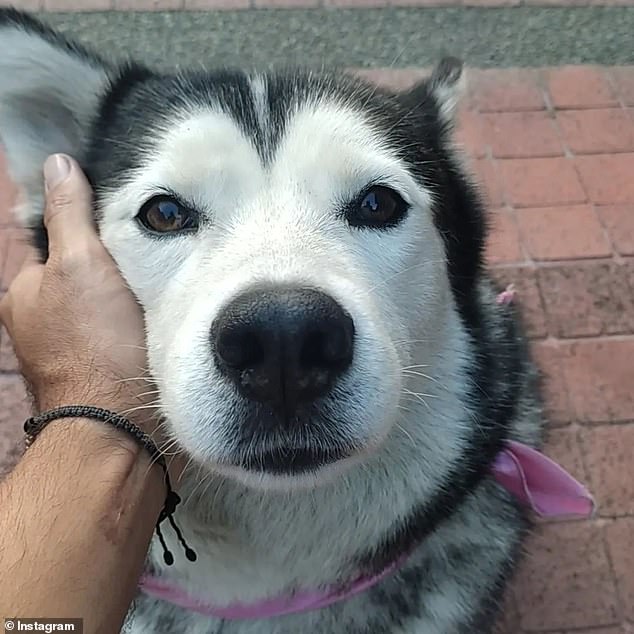 Alejandro Álvarez told DailyMail.com that he first came into contact with Alaska, a nine-year-old husky, while visiting a pet store in Colombia 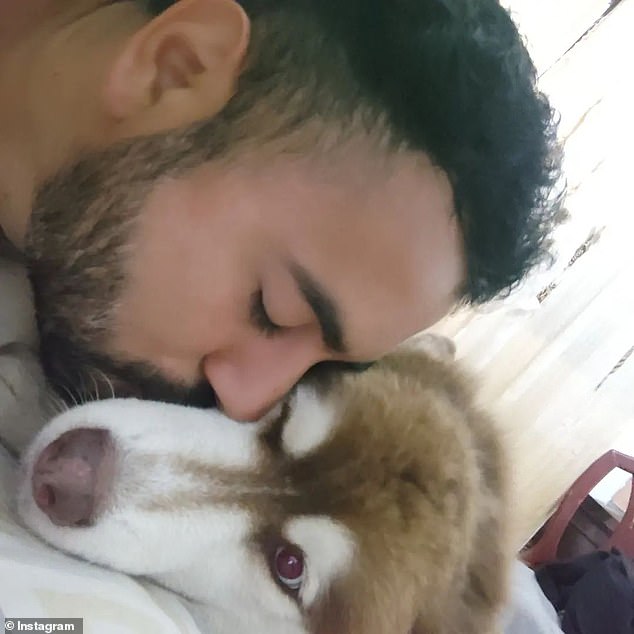 Alvarez smooches his five-year-old Husky Celeste. The pair and his other dog Alaska are venturing out on a road trip dubbed: ‘Life is a journey’

The hardest part of the dream he said will be separating himself from his family over the next six months as he travels across Colombia. His mother plans to join him for about two weeks of the journey.

‘But when there is family love, it’s the same,’ the only child said. ‘Let’s try to stay in touch virtually, through virtual conferences.’

Álvarez’s travel through South America will take place inside a used 2007 from that he purchased in Bogotá, the capital, four months ago.

He has spent $40,000 over the last four months converting the van into a swanky mobile home fit for a man and his two best friends.

‘The idea arose from my love for traveling with my pets since it was not very comfortable to travel on a motorcycle or in a private car,’ Álvarez explained.

He took home nine-year-old Alaska after visiting a local pet store and noticing that she was up for sale for breeding. Alvarez outbid all of the other buyers.

Five-year-old Celeste was a gift from his ex-girlfriend. 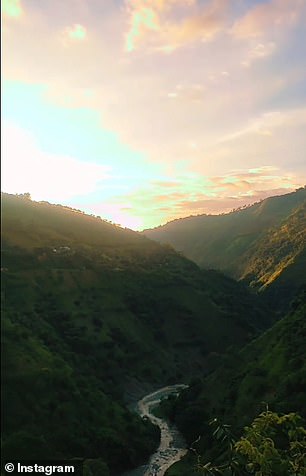 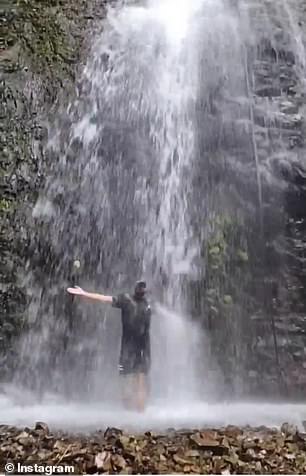 His six-month journey across Colombia – which he is documenting on social media – will serve as a way to introduce the world to destinations that are not frequented by tourists, he said 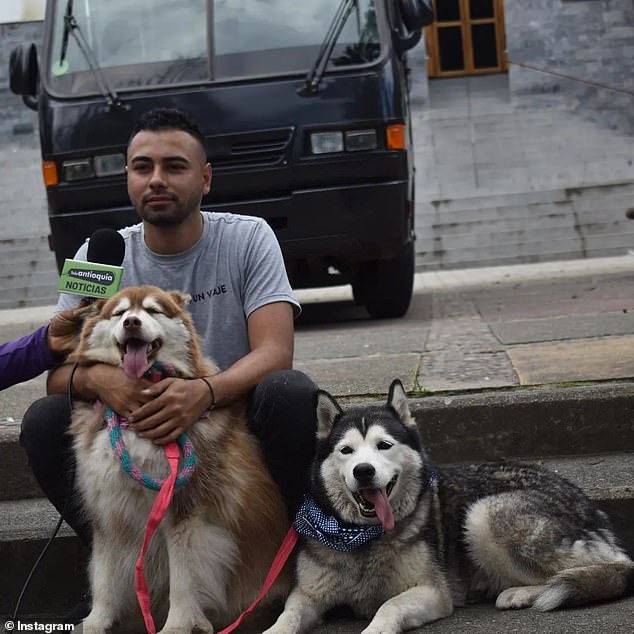 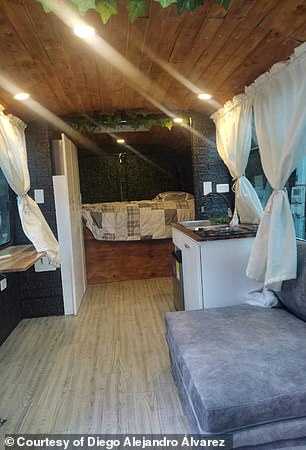 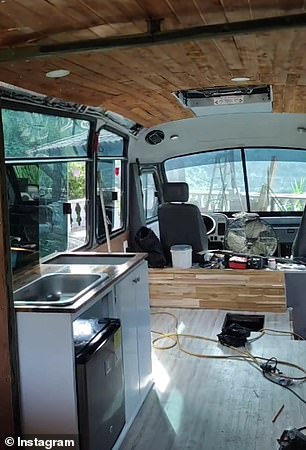 Alejandro converted the 2007 from into a mobile home that has a small kitchen, a work area, sofa, bed and closet 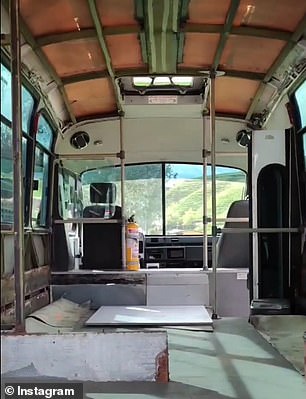 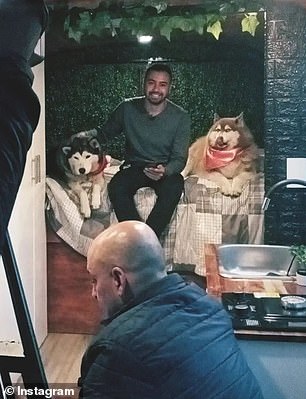 Álvarez’s travel through South America will take place inside a used 2007 from that he purchased in Bogotá, the capital, four months ago.

He ripped out the vehicle’s original flooring and swapped in wood paneling. He also installed a solar panel system on the roof in order to save on fuel, which will be necessary when he is resting roadside.

Álvarez removed the seating and equipped it with a bed, closet, kitchen, shower and work area. There is also a projection screen that slides down from the ceiling when it’s time to relax. This week he plans to install a water tank.

His six-month journey across Colombia – which he is documenting on social media – will serve as a way to introduce the world to destinations that are not frequented by tourists, he said. 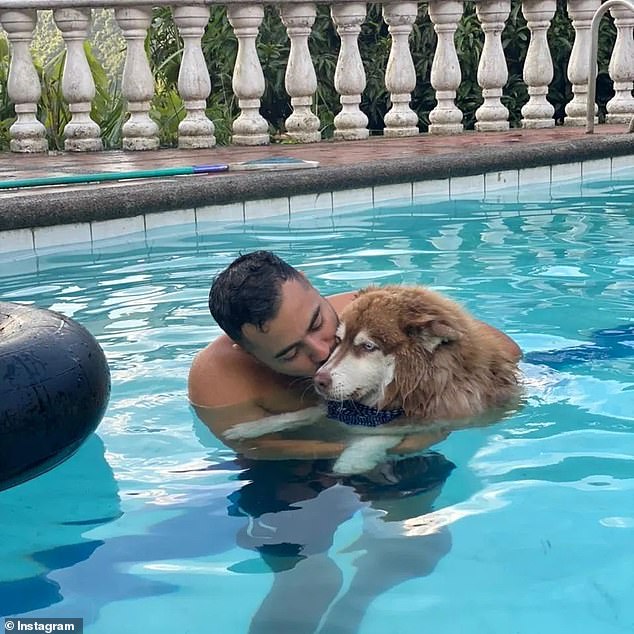 Alejandro Álvarez, with his pet dog Celeste, said he quit his job of 10 years in finance to be able to travel all of Colombia and South America 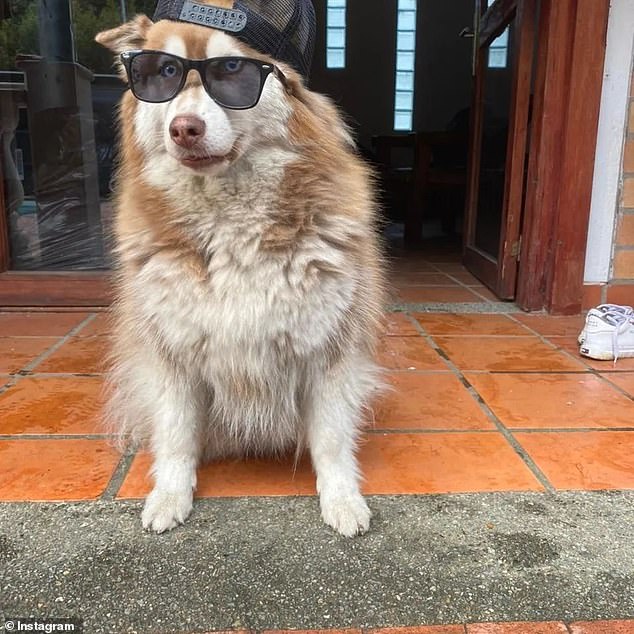 Five-year-old Celeste was a gift to Alejandro from his ex-girlfriend. The dog is one of two huskies the 33-year-old has as his companions who will join him on a road trip across Colombia and the rest of South America 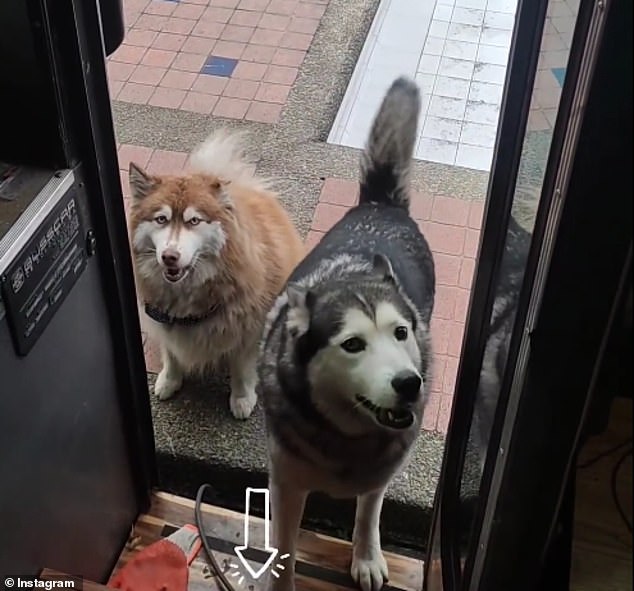 In two weeks he will drive 300 miles to the Pacific coast province of Valle del Cauca. While there he’ll visit the cities of Buenaventura and Cali as well as the El Danubio river, which will be a delight for his dogs, Alaska and Celeste.

His furry companions are huge fans of nature and enjoy being taken on long walks in the countryside.

Álvarez expects to start touring the rest of South America in 2023, with Ecuador being the first country on his list.

He will then drive over to Peru and Bolivia before visiting Brazil, Argentina and Chile. Paraguay and Uruguay are also on the itinerary although he is not sure which country he will visit before driving back home.

‘I want to fill my life with memories and experiences instead of material things,’ Álvarez said.