As the plane descends on Santa Cruz, the capital city of Tenerife, I see greenery – verdant patches of grass. The cab drives me to the hotel, as the greenery continues, with a Moorish landscape: mostly date palms, promising fresh dates for the next day’s breakfast at the hotel. Interspersed with modern buildings are the old-style Spanish villas with slated (louvred) windows and roomy verandas. The neatly lined houses have facades that are simple, elegant and not too showy. I am already sold on Santa Cruz.

After a good seven hours of sound sleep, I get up at 5am. I wait patiently for the dawn to break. No signs of light…only small birds chirping outside my window. More birds join in a small chorus…waiting for the sun to show up? They are getting impatient and so am I. Just can’t wait to see what is in store as the sunlight reveals the beauty of this island. I sit ruminating. Why do people come to Tenerife? For the warm weather, sunny beaches, palm trees or Spanish villas or tapas?

After a sumptuous breakfast (but no fresh dates anywhere in sight, maybe it’s not the season), I meet my tour guide Ancor, who is only too eager to take me around and answer all my queries. According to him, more and more people looking for new stimuli are drawn to Tenerife, to discover the volcanic island and indulge in exclusive activities. Another drawing factor is the most ideal weather: the average annual temperature is 25 °C during the day and 18 °C at night.

Enjoy The Spanish Vibes
We set out to explore Santa Cruz starting with García Sanabria Park, which borders the Toscal neighborhood and dates from the early 20th century. It is a public urban park with rare trees and carefully tended gardens. It is a place where laid-back old couples sit holding hands, younger housewives walk their dogs, stopping to have a small chat with the old seated couples; the young and energetic jog in the shaded woods. An attractive floral clock (made in Switzerland) dominates the scene amidst some interesting sculptures in the park.

We pass through Barrio de Los Hoteles, a residential neighborhood dedicated to the wealthy classes. It has some of the most beautiful buildings with classy architecture. Some of them are so impressive; one can’t stop admiring them or taking pictures. One such is Palace Marti Dehesa, a modernist mansion, projected as a single-family home, over time, it became a government building and now it houses a clinic for advanced dental implants and facial aesthetics. What a lovely place to get your dentures fixed and facelift done!

A Port That Grew
Admiring many more such beautifully maintained period buildings we walk up to Puerto de la Cruz, where the first tourists landed centuries ago. It still retains its intrinsic fishing village feel despite the present day crowded streets teeming with tourists. Small fishing boats bring the fresh catch early in the morning, which the town laps up for its culinary consumption.

Ancor tells me, founded in 1494, Santa Cruz de Tenerife soon became a key port on the trade route between Europe and the Americas. As we walk along the historic streets lined with churches, ancient buildings, plazas, and markets, I marvel at how this five-century-old place has adapted to modern times,
retaining its old world charm.

We stop at Plaza del Charco–a buzzing hub of drinking, dining, shopping and music, the lively square that has formed the heart of Puerto de la Cruz for centuries. Watching the waves breaking on the shore in Costa de San Telmo, with the spectacular lagoons of Lago Martianez in view: I see the whole scene
creating a picture postcard. Instagram worthy pictures!

After a short drive, we reach Anaga Country Park, a Biosphere Reserve that preserved its natural assets quite exceptionally – its beautiful precipitous mountain chain full of sharp peaks; the deep valleys and ravines; the black sandy beaches, and a wealth of fauna and flora with plenty of native species. It’s a place worth visiting and raving about! Tenerife’s major leisure area and a great tourist attraction, Anaga is a Rural Park that houses villages where many traditional ways of life still survive. 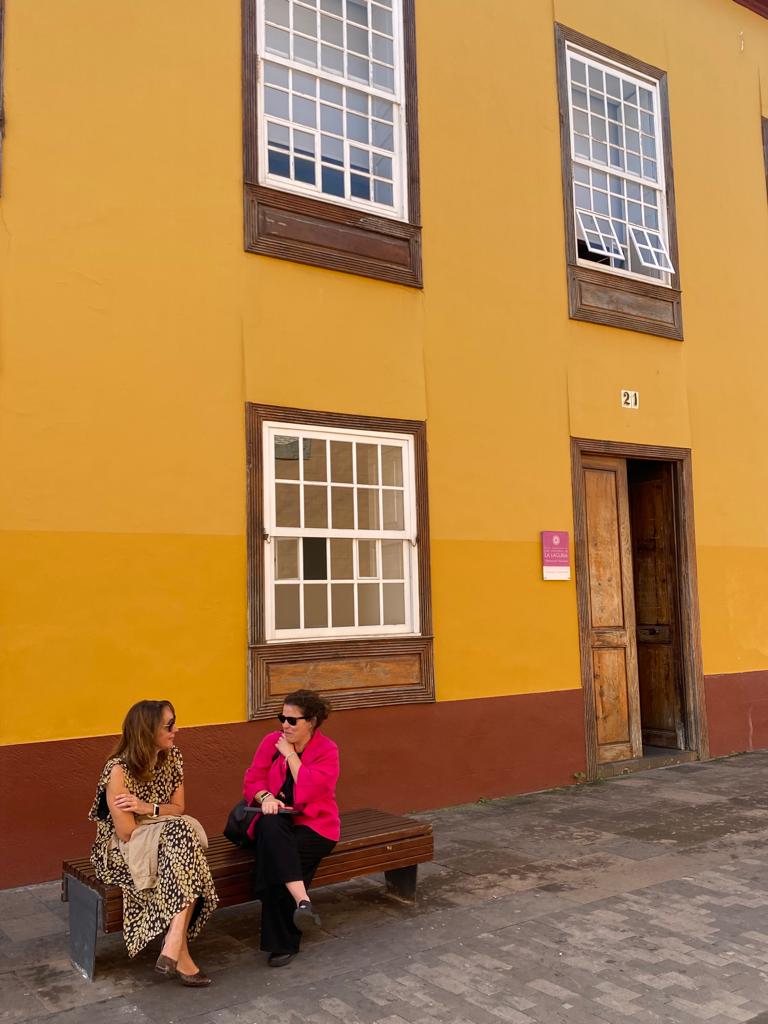 La Laguna is considered to be the most beautiful town in all of Tenerife. UNESCO declared this historic town with its gorgeous architecture a Cultural Property and a World Heritage Site. La Laguna, the island’s former administrative capital, is today’s university town, and it still preserves its religious heritage. Excellently preserved, La Laguna’s original layout remains intact to date and its historical center has adapted culturally to modern times. The streets of La Laguna are full of important monuments and historical buildings, interspersed with attractive commercial activity, mostly small family establishments that have survived over the years.

Wonders of the Volcanoes
Centrally located on the island of Tenerife, is the Teide National Park. It is the most visited National Park in Europe, thanks to its spectacular geological scenery and the different life forms that live exclusively in it. Its caldera, with a perimeter of about 17 kilometres, is wrapped in rare sight that is a key to the recent eruptions, craters etc. It is home to the best manifestation of the vegetation of the supra-Mediterranean soil. With an average altitude of more than 2,000 metres, it offers one of the most spectacular examples of volcanism in the world and represents the best example of the high mountain volcanic ecosystem in the Canary Islands and is a natural property on the UNESCO World Heritage List.

Whale Watching in the Atlantic
We go whale watching and have a fun time spotting short-finned whales all around our boat. The boatman tells me that the calves attend a nursery. To my amused quizzical look, he has a ready answer: the female short-finned pilot whale leaves its baby with the rest of the pod while it searches for food. During this time, female and male members of the pod look after the younger ones while their mothers hunt in deep waters. When the mother arrives, she sends a distinctive sound to greet her calf.

I am so touched, hearing this. Aren’t loving bonds the same, on land or under the sea? 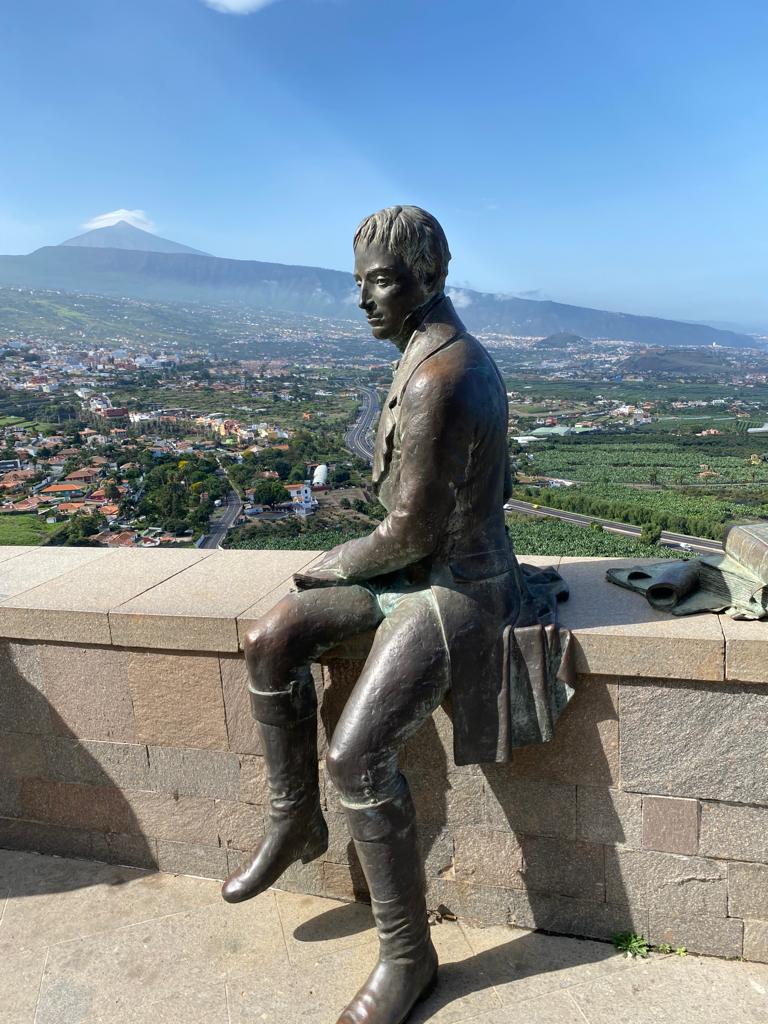 Getting There
Non-stop domestic flights from Madrid to Tenerife take just three hours. You can fly into Tenerife North Airport, travel by road to all parts of the island and depart from Tenerife South Airport.

Stay
There is an overdose of high-end hotels in Tenerife, especially in the South. From luxury to budget there are many options throughout Tenerife.

When to travel
Tenerife has the most ideal temperature weather. You can travel any time of the year.

Food
Their wines and cheeses are some of the best in the world. Never miss an opportunity to indulge in gourmet food. The fresh catch of seafood translates into a distinct, mind-boggling cuisine. Weight watchers should leave their conscience behind, safely back at home.

tapas
Tapa is not just food. It is an experience to be savored fully. Exclusive tapas bars with lip-smacking tapas can be easily found. Or visit the local bars and you may find glass cabinets filled with trays of tapas. Petrol stations, agricultural markets, and bus stations are other places to hunt for tapas.

The best European and international brands in clothing, accessories etc. have their outlets here in upscale malls. With the lowest taxes in Europe, the island is a shopper’s paradise.